There are some very goo 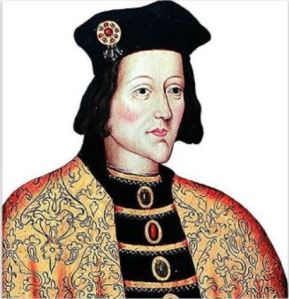 d biographies of Edward IV, by the likes of Pollard, Ross, Kleinke and Santiuste but surely none have tracked his movements, sometimes month by month, like this book does. This is not a full biography and it does not claim to be, but focuses on Edward’s romantic life – his known partners including his legal wife, Lady Eleanor Talbot, Henry Duke of Somerset (!), Elizabeth Lambert and Elizabeth Woodville, as well as the more … elusive … ones.

Edward had other children, apart from those born to Elizabeth Woodville, and Ashdown-Hill tries to identify their mothers. Two of these children were Lady Lumley and Arthur Wayte.

Having devoted much of his nine previous books to explaining the context of the Three Estates offering the throne to Richard, Duke of Gloucester, the writer now goes further into the mystery of “Princes” through an excellent appendix by Glenn Moran, which takes their female line forward to a lady who died earlier this year. It also encompasses the complication of someone who definitely ended his life in the Tower about sixty years later and whose mtDNA would almost certainly be identical.

Together with this discovery, we know somewhere else that Edward V and his remaining brother cannot be found. It seems that we only have to wait for the urn to be accessible to determine its contents, one way or the other.