Archive for the tag “The Mythology of Richard III” 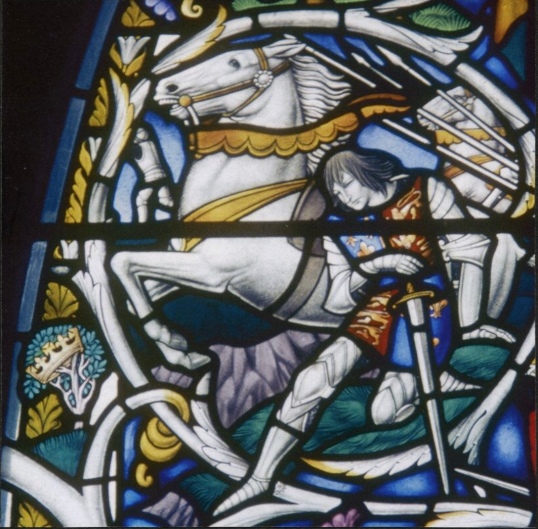 As we now know sadly, Richard, did not own a horse called  White Surrey or, as he has sometimes been called, White Syrie  (1).  But  Richard did own horses aplenty and we are fortunate lists of these horses have survived – see below (2).  What I know of horses you could put on a postage stamp but the late John Ashdown-Hill explains in his book The Mythology of Richard III’  that liard or lyard are grey horses which could be described as white.  So therefore it can clearly be seen that Richard did have grey horses which could appear white.  If one of these horses was not called White Syrie…well..he should have been!   John goes on to explain it was once believed ‘that a horse called White Syrie was actually listed in a 15th century manuscript’  – see below  – ‘however this proved to be a misreading.  There is therefore no 15th century surviving evidence of the name of the horse that Richard rode in his last battle (3)’

THE NAMES OF HORSE BEING AT GRISSE IN HAVERING PARC

THE NAMES OF HORSES BEING AT HARDMET AT NOTTINGHAM

The gret grey that came from Gervaux -ambling

The Whit of Gervaux  – Ambling for my lady

The Walssh (hoby) nag – for my lady ambling

The gret Bay Gelding of Gervaux  ……. (John Ashdown-Hill suggests this horse is a candidate for the  very horse  Richard rode into battle being stabled at Hardmet (Harmet) in Nottingham)

The Blak of Holderness – trotting

Alas no White Surrey or Whyte Syrie …it’s a great shame that the name of Richard’s horse t he rode into battle that day is lost to us  for,  without a doubt,   he would have been magnificent and as such surely deserves recognition.

Armour for man and horse circa 1480.  Wallace Collection..

NOT AGAIN! THE LATEST FROM A CAIRO DWELLER …

Richard Duke of Gloucester being offered the crown by the Three Estates at Baynards Castle, June 1483.  Painting by Sigismund Goetze at the Royal Exchange…(or according to some.. Richard in the actual act of ‘usurping’ the throne)…

I came across this article on a forum devoted to late medieval Britain.

Unfortunately I read it..5 minutes from my life I will never get back again… but as I was laid up with a bad head cold I had nothing  much better to do.  I should have been warned by the photo of a little girl in what looked like an attempt at Tudor costume and the words ‘I have no idea who this little girl is but she is adorable.  Little kids in this era were adorable and vulnerable too ..just like modern children..lets keep that in mind’.  This should have alerted me to the fact the writer was a writer of rubbish.  Nevertheless I cracked on.  As it transpired the article has more holes in it than a hairnet…and worse was to come.

John Howard, having been cheated out of his inheritance, which ‘seems to have stuck in his craw’ then went on to become ‘one of the first men to help the new king’s uncle usurp his throne and become King Richard III’.  When I challenged the word ‘usurp’ I received the reply of a emoji rolling on the floor laughing.  It  then became clear to me the quality of the author’s debating powers were going to be found somewhat lacking.  But casting that aside for the moment lets look at the word ‘usurp‘ as used by the author to describe the actions of Richard.  The late historian John Ashdown-Hill addressed this point very well.  “Definitions of the verb ‘usurp’ include include terms as to seize power by force and without legal authority…Richard III did not gain the throne by fighting a battle nor did he seize the crown.  He was offered the crown by the Three Estates of the Realm.  Later the decision of the Three Estates of the Realm was formally enacted by the Parliament of 1484′ (1) . Thus to describe Richard as a usurper is incorrect and a nonsense.”

Not content with calling Richard a usurper,  John Howard, later Duke of Norfolk is next in line to be  maligned by the statement regarding Anne Mowbray, (the 4 year old heiress of John Mowbray who died just before her ninth birthday)  ‘All that John Howard could do was wait and hope something happened to Anne…’!  This is quite an offensive thing to say as well as ludicrous as no source has come down to us informing us of Howard’s personal thoughts on this matter and which I very much doubt would have been ‘hoping’ for the death of a small child. Incidentally, he was raised to the Duchy of Norfolk whilst the “Princes”, including the previous in suo jure Duke, were known to be alive – see p.78 and pp.117-124 of The Mythology of the “Princes in the Tower”, also by Ashdown-Hill.
Howard later went on to fight and lay down his life for his king aged 60 years old.  This colossus of a man could easily have wormed his way out of fighting, as others did, with his age as an excuse.  He did no such thing and its a great pity that we have modern day pip-squeaks having the brass neck to  disparage such a man.  The author needs to hang their head with shame but I doubt if that will happen any time soon.

As we go on we see Lady Eleanor Butler nee Talbot – a lady of the nobility and daughter to the great John Talbot lst Earl of Shrewsbury a, sister to the Duchess of Norfolk and a lady known for her piety – described as one of King Edward’s ‘side pieces’…(I know,  I know..my guess is this is a stab at  ‘bit on the side’ but your guess is as good as mine).  She was in actual fact no such thing,  being the legal wife of Edward who married her in order to get her into bed.   Surely Eleanor deserves more respect than this….as I said pip-squeaks and all.

The writer then follows up with a message touching on the execution of Lord Hastings to prove her point that Richard was a Bad Man.   I say ‘touching’ in a very loose way as she makes no attempt to explore,  let alone mention,   what reasons were behind the execution only pointing out, unnecessarily,   that Hastings  was executed ‘even though he was one of the most richest and powerful men in the country’..what has this got to do with it?   Furthermore…’Richard had him dragged out and beheaded on a log’. Presumably Dickens, who was unborn, or More, aged five at the time, cannot be taken seriously as eye-witnesses?  Is it not about time this myth was debunked?  Three accounts survive of the dramatic events at the meeting at the Tower that day – those from  Historical Notes of a London Citizen 1483/84, Mancini and Croyland (2) – none of which mention the infamous log.

A log, something that Lord Hastings was NOT beheaded on…

Hastings was probably, as Carson points out, executed under the Law of Arms (3), having tried to eliminate the Dukes of Gloucester and Buckingham and been judged by the Constable’s Court, Gloucester being Lord High Constable at the time. In much the same way, Rivers, Vaughan and Grey were judged by the Earl of Northumberland, the designated Vice-Constable.

John Ashdown-Hill and the myths about Richard….

For those who can get to Wivenhoe Library on March 2, one of the picks is John Ashdown-Hill’s The Mythology of Richard III:-

Like Loading...
Posted by viscountessw in Book Reviews and tagged John Ashdown-Hill, The Mythology of Richard III, Wivenhoe Book Festival

I have recently perused the critical pages (180-191) of Michael Hicks’ latest work: “The Family of Richard III”, relating to the evidence of the remains found in the former Greyfriars.

He states that the mitochondrial DNA evidence only shows that the remains are of an individual related to Richard III. He doesn’t admit that the Y-chromosome tests prove the existence of at least one “milkman” between Edward III and either Richard III or (more probably) the family of today’s Duke of Beaufort. He states further that the other physical evidence only shows a man of the right age group, with scoliosis who died in battle at any time in the right century – suggesting Lord Richard de la Pole as a random alternative, although we know where he was buried (the Augustine Basilica of San Pietro in Ciel d’Oro) and there is no evidence whatsoever that he could have been moved since 1525, apart from him being at least a decade older than his uncle at death. John de la Pole, Earl of Lincoln, also suggested, was seven years younger than Richard III.

The missing word is “and”, whereas “or” is widely implied. Take the set of people known to share Richard III’s mtDNA, as per point one, descended from Catherine de Roet or her sisters, her brothers having died either too early or at too great an age. Take the set of 25-40 year-old men with scoliosis who ate a good diet and died in battle from 1450-1530, as per point three, excluding those who are known or widely believed to be buried elsewhere. Now, because the evidence really is mutually supporting, look at the intersection, not the union, of those two sets – as demonstrated in Appendix 1 of Ashdown-Hill’s “The Mythology of Richard III” (pp.176-181) – it leaves only Richard III himself and very few obscure relatives who probably died in infancy.

What really disappoints me is that I expected some serious counter-evidence, such as Lady de Roet’s identity or, better still, that of her mother, allowing us to identify and investigate more of Richard’s hitherto unknown cousins. It doesn’t, although it does (p.190) identify that Catherine de Roet bore Swynford and Beaufort sons so close together as to create confusion (see the Y-chromosome reference). Once again, has Hicks hedged his bets by conceding the opposing case in the middle of a paragraph? 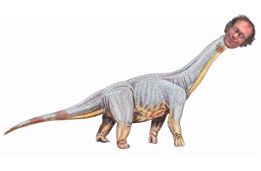