Archive for the tag “rugby”

A tale of monarchs and national anthems

Anyone who has watched a Scottish rugby or association football match will be familiar with the Corries’ folk song O Flower of Scotland, which is played before their matches. The second line of the chorus (“Proud Edward’s army”) refers to Edward II, defeated at Bannockburn so that he never actually ruled Scotland although he may have technically been their King by marriage. I have chosen Barbara Dickson’s version.

The Netherlands’ national anthem, the Wilhelminus, is named after William the Silent 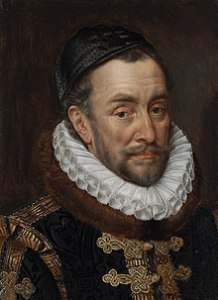 , a Protestant monarch assassinated in 1584 during an ongoing independence war against the Spanish forces. Paradoxically, perhaps, it is sung lustily among a sea of orange flags at football internationals.

Can you think of any other monarchs mentioned in anthems?

War, English Delusion, and the effect on the Economy

I have a theory that a lot of what we call “history” arises from the “hospital pass”. (For those who don’t know, this term comes from Rugby. It’s where the ball is passed to you at a moment or in a situation where the opposition is bound (or at least likely) to recover the situation with a violent tackle.)

A good example of this are the events arising from the Hundred Years War. Now yes, there were genuine issues arising between England and France. These mostly arose from the status of Guienne, which the kings of England held as vassals of the kings of France. (Though it is ironic that some of the issues were the very issues that the English imposed on their Welsh and Scottish* vassals.)

*To avoid response from angry Scots, during the time when the Scots accepted vassalage, for example the reign of John Balliol.

The fact remains that France had about five times the population Of England and was (almost) correspondingly more wealthy. For the English to take on France in a major war (as opposed to a small one) was always going to be a stretch.

Ah, but you say, Edward III and the Black Prince succeeded! Did they not have glorious victories at Crecy and Poitiers? Did they not actually capture the French king and impose a humiliating peace on him? (Treaty of Bretigny.)

Yes, they did, with the benefit of novel tactics, excellent leadership and, let’s be honest, some help from Lady Luck.

BUT! (And it’s a very big but.) The French were not stupid. They soon figured out new tactics to defeat the English, the most important of which was “Don’t meet the English in pitched battle.” It doesn’t sound very impressive, does it, but the effect was remarkable. The English armies that went to France in the later 14th Century did a fair bit of damage (especially to poor people and their property) but they failed utterly to enforce the treaty or cause the French government to collapse. Moreover, these campaigns were costly in cash and lives.

What is too often forgotten by English historians (who are all too apt to pleasure themselves silly over Edward III’s “greatness”) is that by the end of his reign England was practically bankrupt, in a fair degree of political chaos and under regular attacks from French raids along the south coast.

At which point poor Richard II and his advisers took over this legacy of “glory”.

The English (or more particularly their ruling class) were frankly deluded. Yep, they wanted to carry on with the war. Why, they wanted to enforce the Treaty of Bretigny. Did they want to pay for it? Did they heck as like.

So, make peace instead? What, are you a traitor, sir!

There were of course truces. As the century dragged on, these were to become more regular. But the cost of the war led to desperate measures in the treasury. Which led to the introduction of the Poll Tax. Do I need to spell out how that went down?

Richard II actually offered to lead an army to France. Yes, really. Would Parliament pay for it? Would they heck!

So we come to 1386, with the French poised to attack across the Channel. Make no mistake, this was a serious threat. Probably more of a genuine threat than anything prepared by Napoleon or Hitler, hard though that may be to believe. The King goes to Parliament to ask for money to defend the nation. Does Parliament pay up? No, it goes spare, and forces on Richard a commission to run the country for 12 months.

Now this in turn (to cut a long story short) leads on to the Appellant Crisis and the judicial murder – for that was what it was! – of many of the King’s friends and advisers and the banishment of others. Do the Appellants do a better job? Do they somehow magically cut taxation and give the French a damn good thrashing? Do they heck as like. They prove just as clueless in government – if not more clueless – than the people they replaced.

Eventually, largely because John of Gaunt comes home and supports King Richard in his policies, and after a whole lot of haggling and abortive proposals, a peace of sorts is achieved. Not until late 1396 though, and it is in fact a 28 year truce, that leaves some of the awkward issues unsolved.

You might thing people would be delighted. But many of them weren’t. No, they wanted to carry on the war that they didn’t want to pay for. It’s one of the issues that makes Richard unpopular and leads to his downfall. Next post will relate the Lancastrian aftermath. 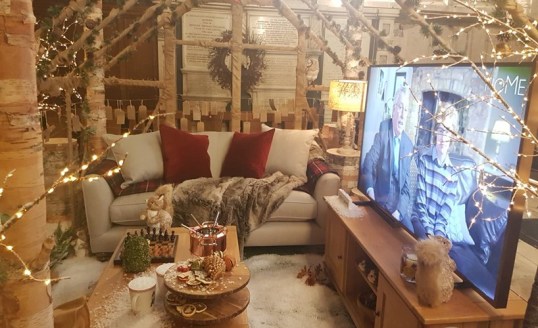 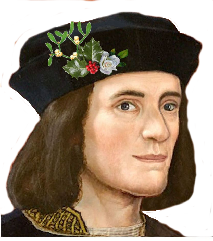 Oh, Leicester, Leicester, thou risketh some right royal wrath! Yes, by all means celebrate the home at Christmas by displaying a cosy John Lewis living room…but you’ve omitted a throne for You Know Who. The cathedral that has the inestimable honour of King Richard III beneath its hallowed roof—has actually forgotten him! Forgotten your most famous guest. And at Christmas! Oh, shame on you. But there is still time. I’m sure John Lewis can find a suitable throne somewhere…and if it is carefully positioned, I have been advised that Richard will be able to view (and presumably cheer wildly!) the Leicester Tigers.

So pull your fingers out, Leicester Cathedral. Get that throne, and show due respect for your king. Just imagine if he got up and stalked off in a regal huff!!!!

November is upon us

and speedway fans in the northern hemisphere are now in hibernation, but at least two or three of the top clubs owe their roots to the events of the seventeenth century. Following our article on rugby clubs and the “Wars of the Roses” , here they are:

2017 PREMIERSHIP:
Somerset Rebels are based at the Oak Tree Arena, Edithmead, which is about twelve miles from Westonzoyland, where the Battle of Sedgemoor took place on 6 July 1685 as the last stage of the Monmouth Rebellion. Had speedway existed then, this would have been close to the middle of the season.
Rye House Rockets are based by the residence near Hoddesdon where there was an April 1683 plot, also involving the Duke of Monmouth, to assassinate Charles II and James Duke of York on their return from Newmarket. It failed possibly because the royal brothers were prevented from watching the horse racing by a fire. A dozen executions (at Tyburn, Smithfield and Tower Hill) and a suicide, the Earl of Essex, followed. The surviving plotters fled to exile and returned for the rebellion two years later.

2017 CHAMPIONSHIP:
Ipswich Witches are surely named for more than just the sake of assonance. The town was not quite the epicentre of Matthew Hopkins’ activities as “Witchfinder General”. Up to 300 people were executed within a forty mile radius of Ipswich between 1642-7 as a result of his activities. Hopkins was the son of a Puritan rector of Framlingham and then Great Wenham, where Matthew was born. He died at about twenty-seven in Manningtree, where he had been based.. 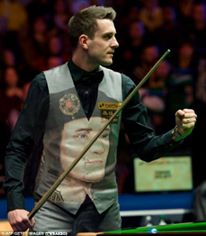 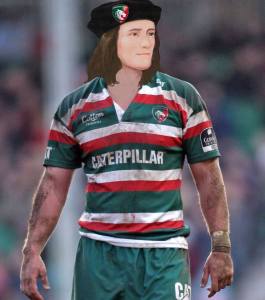 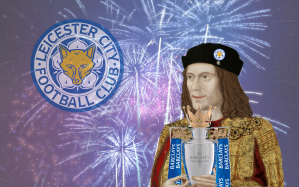 Leicester City have finally clinched this season’s Premiership, despite having been in a relegation place at the time of Richard’s reburial, but his sporting influence clearly hasn’t stopped there. The Tigers have reached both a domestic and a European semi-final, beating French opposition, whilst Mark Selby is the snooker World Champion again.

Richard’s ancestress on a rugby shirt

As the European rugby season enters another phase this week, we can focus on Blanche de Castile (1188-1252), granddaughter of Henry II, wife of Louis VIII, mother of and regent to (St.) Louis IX and great-grandmother of Isabelle, who married Edward II to become Richard III’s great-great-great-grandmother.

In 2008, Stade Francais developed a new third choice shirt, festooned with images of Blanche on their usual blue and pink colours. Those of our readers who are colourblind will wonder what the fuss is about: 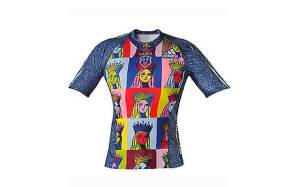