Archive for the tag “Oxford”

The Bishop, the MP, the scientist, the historian and the brewer

The preacher at St. Paul’s stated that the late King’s surviving issue were illegitimate. On this occasion, it wasn’t Dr. Ralph Shaa on 22nd June 1483 about Edward IV’s sons but Rt. Rev. Nicholas Ridley, Bishop of London and Westminster, on 9 July 1553 about Henry VIII’s daughters, at which time Jane was proclaimed. As we know, Ridley (b.c.1500), together with Hugh Latimer, Bishop of Worcester, was burned in Oxford today in 1555. Like the earlier victim, Rowland Tayler, he had been a chaplain to Thomas Cranmer, his Archbishop. Furthermore, as a result of the Reformation in which all three had participated with gusto, they were part of the first generation of English clergy, not bound by clerical celibacy, to marry and have legitimate children. Bishop Ridley’s own notable descendants include these four, three of whom are closely related to each other and share his connections to Northumbria:

Rt. Hon Nicholas, Baron Ridley (1929-93), son of the 3rd Viscount Ridley, who was MP for Cirencester and Tewkesbury for more than half of his life and a Cabinet Minister for seven years. His maternal grandfather was the architect Sir Edwin Lutyens.

Professor Jane Ridley (b.1953), daughter of the above and a modern historian at the University of Buckingham, who is a particular expert on the nineteenth century, who we cited in this post. Here, on the BBC’s “Keeping the faith”, she speaks about her ecclesiastical ancestor.
Jasper Ridley (1920-2004), the fellow historian who wrote the Bishop’s biography as well as those of Cranmer and Knox, is a more distant relation.

Matthew, 5th Viscount Ridley (b.1958) is Nicholas’ nephew and thus Jane’s cousin. He is a scientist, blogger, writer and businessman, whose team won Christmas University Challenge in 2015.

Nelion Ridley is an Essex-based brewer, as 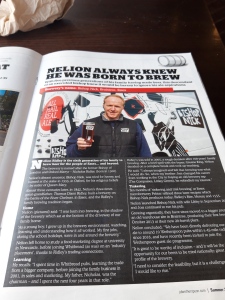 this article from a Wetherspoon’s newsletter also shows. “Bishop Nick” is a recent company, formed after Ridleys (1842) was bought out, producing “Heresy”, “1555”, “Ridley’s Rite”, “Martyr” and “Divine”.

Other interesting coincidences are emboldened.

Discovering one’s illustrious ancestors appears to be quite the thing these days, and now we have someone who is descended from the man responsible for publishing Shakespeare’s First Folio.

“….A theatre producer who has brought the Elizabethan era to York City Centre and Blenheim Palace has discovered that he is related to the man who published Shakespeare’s First Folio.

“….James Cundall MBE, the founder of the new Shakespeare’s Rose Theatre is staging four of the poet’s plays in the grounds of the Oxfordshire country home and near the 13th Century Clifford’s Tower, York this Summer….”

To read more, go to this Telegraph article. 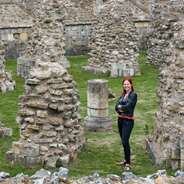 This excellent Channel Four programme, presented by Professor Alice Roberts, with Dr. Ben Robinson in the helicopter, has returned for a new series. The early venues were Dover (World War Two, visiting the underground base, concentrating on the retreat from Dunkirk and subsequent Channel defence, meeting some survivors, wearing ATS uniform and riding in a tank), her home city Bristol (Georgian, with slavery, gin, chocolate and great architecture featured) and Cardiff (where coal and the Marquess of Bute brought much prosperity in the Edwardian era, before it could supplant Machyllenth as Wales’ capital).

The series then moved on to Oxford to illustrate the Civil War sieges, where Alice Roberts’ Worsleyesque love of dressing up saw her in New Model Army uniform, playing real tennis and viewing Charles I’s ersatz capital. Episode five illustrated Plantagenet Canterbury, featuring St. Augustine, Becket, Chaucer, the Black Death and Peasants’ Revolt. We were also shown a copy of the Magna Carta. The last show was about Stewart Stirling, where she visited the Castle and walls, brewed beer, played with a replica antique football and visited a well, illustrating how individual Stewart monarchs were vulnerable, even to internal opposition, but the line was secure.

This nursery rhyme, although not mediaeval, is early modern and is supposed to refer to a monarch just a few places after Richard III.

Here (left) we have the Martyrs’ Memorial near Balliol College, Oxford, that commemorates three of Mary I’s most prominent victims: Archbishop Cranmer and Bishops Latimer and Ridley. They were not the only episcopal victims but Hooper (Gloucester) and Ferrar (St. David’s) were executed elsewhere.

It is said that “Three Blind Mice” was about the trio, although there is no evidence that it was published until much later. It was mentione 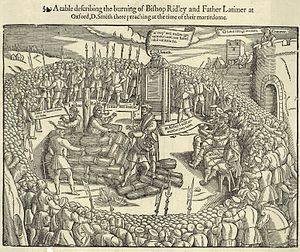 d in this Ian Hislop series on dissent.

See our previous post on nursery rhymes and the memorials to Patrick Hamilton and Rowland Tayler. 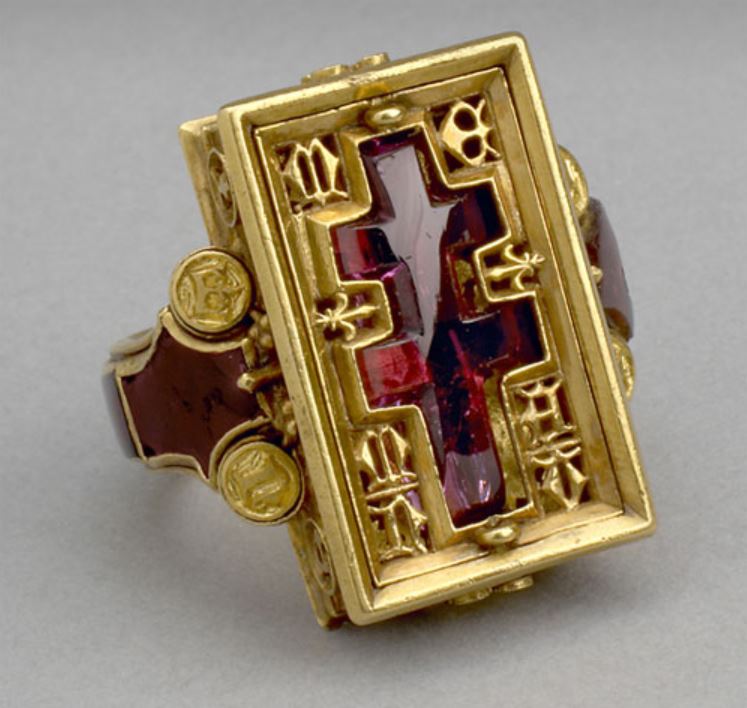 I’m surprised that I have never heard of this hoard before. It was found in 1940, so has been in the public eye for longer than I’ve graced this earth.

The Prince and the Neutron Blaster

Michael K. Jones‘ latest investigation, into Edward the Black Prince, was featured on BBC1’s “Inside Out” South-East, a half-hour regional magazine programme consisting of three repo 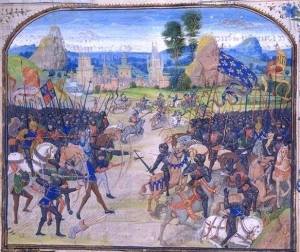 rts of which this was the last one.

As Jones explained, the neutron blaster is not a weapon used at the 1356 battle of  Poitiers but for present day scientific tests that Oxford’s Rutherford-Appleton Laboratory is conducting on the helm that formed part of his “achievements” at his tomb in Canterbury Cathedral, to discover whether this whether it was an ornament or actually associated with the Prince in his lifetime. Apart from Jones and some scientists, Tobias Capwell was also featured in the ten-minute segment. It also quoted Froissart to explain how the teenaged Prince had fought at Crecy ten years earlier, where King John of Bohemia was among the casualties. 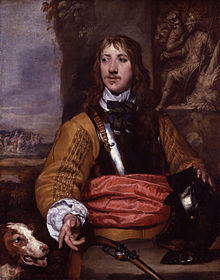 In the English Civil War, there was a Royalist commander named Richard Neville (left). Unlike his namesake and relative (right), this Colonel of Horse survived the campaign, fighting at the first Battle of Newbury and being with Charles I at Oxford at the conclusion of the first War. He became a High Sheriff, Lord Lieutenant, JP before he died, peacefully, at 61.

h/t Only Connect, who reminded us that there is also a publisher and a singer by this name.

Oxford is well-known for its stunning medieval college buildings. It would take days, if not weeks, to carefully visit them all.

Several, however, have items of particular interest to those who study the House of York and Wars of the Roses time period.

The old Divinity School is an interesting stop. It was built between 1427-1483 and was an area for oral examinations and theology discussions. Apparently the exams could take days in the Middle Ages, with people wandering in and out! The groined hall is very beautiful, with very fine fan-vaulting which probably dates from the 1480’s. There are over 400 bosses which are intriguing to view, containing shields, beasts, initials, flowers and inscriptions. . Right in the centre  of the chamber you can quickly pick out Edward IV’s arms and the Sunne in Splendour. Apparently Edward never came here, but the builders of the day thought it best to honour him anyway.

(While there, is is well worth seeing Duke Humphrey’s Library upstairs. Humphrey, 1st Duke of Gloucester, was an early book afficionado who had manuscripts translated from Greek to Latin. Upon his in 1447 death, he donated all his manuscripts, almost 300 of them,  to the University. The library which took his name was set up as another storey to the already-existing Divinity school. Several of  Humphrey’s books still survive…though, alas,  most of the original books were pilfered by the King’s Commisioners in 1550…)

Magdalen College is another Oxford site of great interested. Begun by William Waynflete, Bishop of Winchester, in 1458, but the main building phase did not begin until 1467, when the encircling wall was raised. In 1474 chapel, cloisters, hall and library were built. The charitect was primarily William Orchard, who also designed the famous ceiling of the Divinity School.

Edward IV visited the college in 1481 and was welcomed by Waynflete, who, having been a loyal Lancastrian, asked for and received a royal pardon. Many Yorkist symbols can be found throughout the buildings, including a statue of a rather stern-looking Edward on the college’s front gate.

Inside, under the roof of the pulpit,  there appears to be the Rose en Soleil…but having been painted red (or repainted) , it has become a Tudor Rose, possibly when the famous tall tower was added in the 1490’s. There also appears to be the possible royal coat of arms in the Cloisters, and a number of rose carvings.

There is also another statue of a king (restored, maybe replaced) above the inside gateway into the cloisters–it is not certain who it is. Some have said Henry VI but this seems unlikely given the dates of construction. Some have said it’s another depiction of Edward. It may well  be, but it looks a quite different from the statue  in the gateway, smaller, less stern, with curlier hair. I have always though–why not Richard? And why not? He was here while on his first progress in 1483, and stayed to hear several lectures. There was certainly time to commomorate his stay, and it would not be surprising if any possible added statuary fell out of common knowledge after Bosworth (just as the Silver Boar given to an Cambridge College ended up for many years mislabelled as being  a gift of Richard II!) 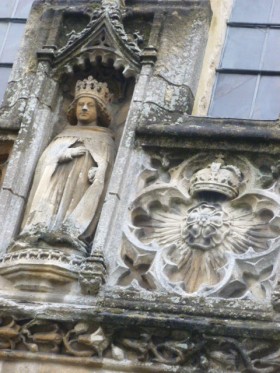 If you wish to visit the site of a heresy execution or a memorial to a victim in England and Wales, there are several options, most of which date from Mary I’s reign. Aldham Common in Hadleigh commemorates the town’s Rector, Rowland Tayler. Oxford marks an Archbishop, Cranmer, together with Bishops Latimer and Ridley, whilst their episcopal colleagues Hooper and Ferrar met their fate at Gloucester and Carmarthen respectively. There were also several hundred laymen, before and during her time, but all of them were commoners.
Scotland is slig 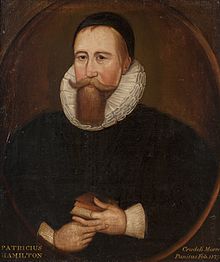 htly different in this respect. Patrick Hamilton (left), born in about 1504, was burned outside St. Salvador’s Chapel (be 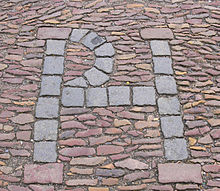 low) at St. Andrews in February 1527-8, as an early exponent of Luther’s reforms. He was a great-grandson of James II and thus the cousin once removed of the young James V, whose personal reign began that year. Like Cranmer, Tayler and a few others, Hamilton was legally married.

Amongst the glories of Winchester Cathedral, there is a chantry chapel of outstanding beauty and magnificence. The man who is buried there, and for whom the roof bosses provide a rebus clue, is Thomas Langton, who died of plague in 1501 only days after being elected by Henry VII as Archbishop of Canterbury. Earlier, he had served as the Bishop of Winchester (1493-1501), Salisbury (1484-93) and St. David’s (1483-84), and acted as a servant to three — or four, depending on how you count — English kings. As the information plaque at Winchester Cathedral succinctly announces, Langton had been a chaplain to Edward IV and Richard III, and Ambassador to France and Rome.

Although his death came as a surprise in his 70th year, he did have the opportunity to make an extensive will, showing he died a very wealthy man. It runs to over 100 items, and contains…