Archive for the tag “monks”

It would seem that, according to the Daily Mail (third feature),  a certain most humble and lovable Tudor historian, has gone ahead and had a pricey and painful hair transplant. He announced this at the ‘Bad Sex in Fiction’  Awards. (Mind-boggling but also makes me wonder- why don’t we have the ‘Bad Gaffes in Historical Documentaries’ awards??? Equally hilarious, I am certain!)

Scroll Down for Dan Jones’ Hair

This ‘hair-raising’ experience  by Mr Jones can surely only lead to a new series on the Wars of the Roses, with more sinister, melodramatic music and another middle-aged actor dressed like 13th C King John playing the part of  15th C Richard III!

As for a title, as a nod to its presenter, maybe it could hair, I mean bear an appropriate name such as…hmmm… ‘Crowning Glory’? Of course, it must cover the Princes in the Tower; I am sure there would not be a dry eye anywhere in TV-land as the story is re-hashed… I mean re-told… about how the young  ‘hair to the throne’ and his brother ‘vanished into thin hair,’ undoubtedly due to the machinations of  Evil!Richard (TM) who, on top of the rest of his black evils, had the temerity to possess what seems a rather striking head of hair…

Of course, it must also be noted, for a sense of balance and fairness, that many things written about the Princes’ disappearance, were nothing more than bald lies….

But enough of this slaphead…I mean, slapstick silliness…

Surely Dan could have tried this remedy before the painful one! 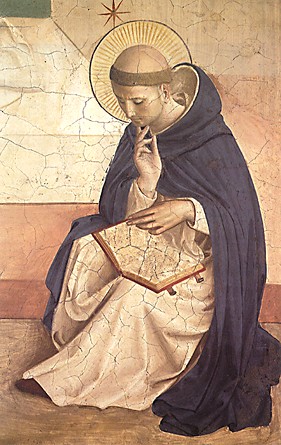 It is a fact that the medieval Church was ruthless in its acts and ambitions. We all know of particular popes, cardinals and archbishops who would stop at nothing to achieve their own personal and political ends, but it came as a surprise to me to discover just how brutal the Church could be on a purely local level.

Here are two anecdotes about the ‘holiness’ of medieval monks. Firstly, the Benedictines:-

“….On Sunday, 18th October, 1327, the monks of the abbey of Bury St Edmunds ended their prayers, filed out through the abbey’s crenelated gate and proceeded to the parish church, which was full of men, women and children. The monks then threw off their habits—revealing that some of them wore armour under their robes—and burst into the church. They seized a number of citizens by force and dragged them back to the abbey as prisoners….

“….Sometime later the townsfolk assembled at the abbey to demand the prisoners’ release. The monks replied with a hail of missiles, killing a large number of people. Later in the day the town bells summoned a larger party of armed men including aldermen, burgesses, a parson and 28 chaplains, who all took a solemn oath to live or die together. They then set fire to the gates and stormed the abbey….”

Why the monks wanted prisoners is not explained

“….Walter [Map] was an itinerant justice, and he always exempted Cistercians from his oath to do justice to all men since, he said, ‘It was absurd to do justice to those who are just to none’. This was not a joke; Map’s reports of Cistercian atrocities are extraordinary. For example, he says that the monks of Byland once wanted land belonging to a knight who would not give it up to them. One night they entered his house, ‘muffled up and armed with swords and spears’, and murdered him and his family. A relative, hearing of the death, arrived three days later to find that all the buildings and enclosures had disappeared and in their place was a well-ploughed field.*”

These shocking incidents are hardly compatible with a devout life of worship, contemplation and doing good, and certainly cast the entire Church in a shabby light. If there is a problem at the top, there is usually a problem at the bottom as well.

I think we can largely forget the fat, jovial monk of popular belief!

MYSTERY OF THE MONK’S MUMMY

Ancient human remains can sometimes ‘speak’ to us through time and inform us not only of their own life stories, but how modern medical complaints came to be. Here is a case of a Franciscan friar’s mummified remains  found in an old church in Ecuador that collapsed during an earthquake in 1949. The man, who died sometime in the mid-late 1500’s, appears to be over 80 years of age and to have possibly died of a chin fistula. What is the most interesting aspect of his burial is that he was found to have suffered from rheumatoid arthritis, an inflammatory disease. This disease appears to have originated in  the Americas, although it is now spread worldwide. Scientists hope to be able to perhaps pinpoint the way in which the disease first took hold, mutated and was spread. 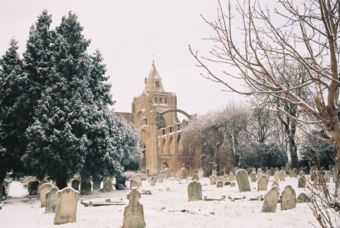 This article is about Richard, Christmas celebrations, and the Croyland Chronicle. I really enjoyed reading it.  It seems Richard’s lavish hospitality met with sour po-faced disapproval! No doubt, if he’d kept a sparse Christmas, he’d have been criticised for not giving himself up to the joy of Christ’s birth.

HENRY VIII: THE EVEN HANDED PERSECUTOR

Some folks out there have recently been trying to justify the long list of people executed by Henry VIII  because ‘at least they had a trial’ or ‘because it was over religion, and there were always beheadings, pressings, burnings over religion.’

Well, surprisingly, I must agree with them on one thing. Henry sure could be fair and evenhanded.

He dealt out his brand of ‘justice’/punishment to both Catholics and Protestants, peasant and nobles, strangers and relatives, men  and women, and young and old alike!

From the Protestant side, the list of victims  include twelve clergymen, 3 monks, 2 lawyers, a courtier, several servants, an apprentice, a leatherseller and a tailor, a player and a musician, a painter and a mercer. Poignantly, there is also listed a poor artificer and a poor labourer, a  wife, a man called Valentine Freese alongside his wife, a child under 15 called Richard Mekins, and an ‘aged father.’ All were burnt at the stake save for the ‘aged father’ who had his brains bashed out prior to the fire taking hold. (I presume this was meant to be merciful.)

From the Catholic side, we have a list of well over 200, mostly priests and monks, but also the Nun of Kent, and some laymen and laywomen, including  67-year-old Margaret Pole, who was charged with nothing but faced death because her son was out of vengeful Henry’s reach.

Of the ‘rich and famous/infamous’ there are approximately 25 executed nobles and some ordinary folk  connected with the  supposed nobles’ misdeeds,  such as  Mark Smeaton, who was tortured into confessing a fling with Anne Boleyn.  The executed include Edward Stafford, son of Henry Stafford, the Duke of Buckingham (who raised rebellion against Richard III) , Thomas More, Thomas Cromwell, de la Poles and Poles (including a young boy who was imprisoned in the Tower and was never seen again…he might be there still*!), a Courtenay and a Hungerford (both  of these families had helped Henry’s father to his throne), Jane Boleyn, and of course wives Anne Boleyn and Catherine Howard.

As we can see,  Henry was a very even handed chap indeed. No one got favouritism. No one got out alive. 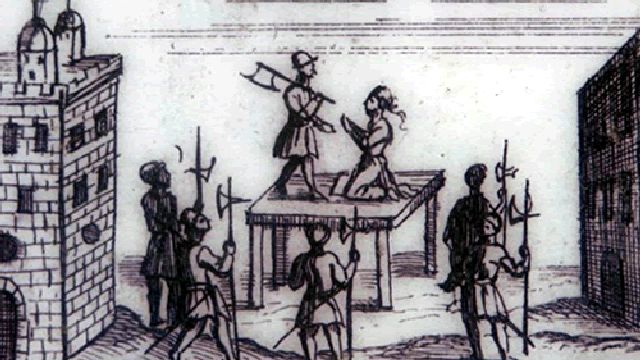