Archive for the tag “Lionel Woodville”

2020 is the 800th Anniversary of the founding of Salisbury Cathedral. Before ‘New Salisbury’ came into existence, the town stood on the windy cone of Old Sarum, a huge iron-age hillfort with massive earthen ramparts. There was a particularly forbidding Norman castle on the height, with a windswept bridge over a deep moat–here, Henry II kept his wife Eleanor of Aquitaine imprisoned for some sixteen years,  served by a single loyal lady-in-waiting. The old town also had a cathedral, begun somewhere after 1075. It was rather an ill-fated building, however, being severely damaged in a storm just five days after consecration.  Sometime in the late 12th century, it was decided to move the cathedral from the height due to the lack of water. The cathedral was dismantled and much of the stonework taken down to the new site near the river, where the town of Salisbury as we know it would grow around it. The first stones of the English-style Gothic building were laid in 1220, in the reign of Henry III, with foundation stones being laid by, among other notables, the King’s half-uncle, William Longespee and his wife Ela, Countess of Salisbury, a remarkable woman who later became Sheriff of Wiltshire.

To commemorate the founding of Salisbury cathedral, a light show recently took place within the great building  with projections of  charters, drawings, stained glass, saints and rulers who played a part in Salisbury’s history. On the bleak ruins of Old Sarum, beams of light were shot high into the night sky so that they were visible from Salisbury town centre.

There are many interesting monuments inside the cathedral, including that of founder William Longespee (who was thought to have been poisoned–and a RAT found in his skull when his tomb was opened was full of arsenic!), Sir John Cheney, the 6ft 6 giant who was unhorsed by Richard III at Bosworth, and possibly Lionel Woodville, who was Bishop there until Buckingham’s rebellion, when he fled to Brittany hearing of  Buckingham’s failure. Salisbury also has one of the copies of Magna Carta and the tallest spire in England. The building of the cathedral was fictionalised in the best-selling novel ‘PILLARS OF THE EARTH’ by Ken Follett, which recently was made into a TV series. 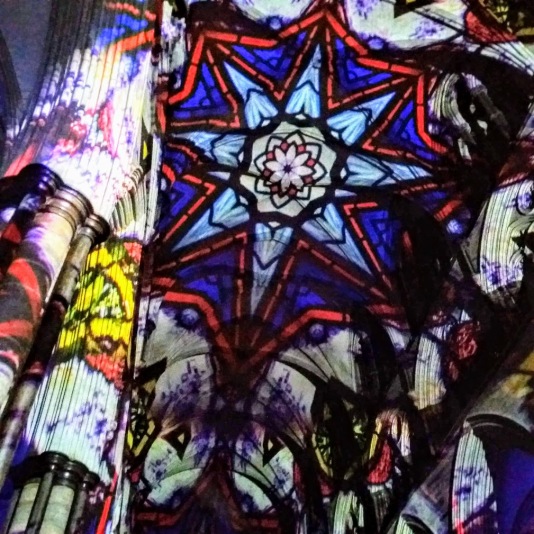 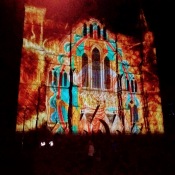 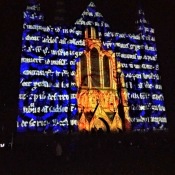 Robert Stillington is likely to have been born in about 1420 and was consecrated as Bishop of Bath and Wells on 30 October 1465. As we know, in spring 1483, he confessed his knowledge of Edward IV’s bigamy. Based on Stillington’s evidence, the Three Estates voted to cancel the coronation of Edward V, inviting Richard Duke of Gloucester to become king instead, as described by the (otherwise hostile) James Gairdner as “almost a constitutional election”.

Richard III succeeded as a result of this decision but Stillington’s status remained unchanged during this reign. Edward IV had raised Canon Stillington to the first available see after his own second secret marriage ceremony and Richard could have rewarded him similarly on two, three, four or even five occasions.

As the late David Baldwin’s Richard III (pp.172-3) reveals, two Bishops died during Richard’s reign – had he been of similar character to the first Lancastrian, the second or fourth “Tudor”, there may have been three:
1) William Dudley (Durham) died on 29 November 1483 and John Shirwood was appointed. The Prince-Bishopric of Durham was the next highest see in the province of York and Thomas Wolsey (right) was to be translated there from Bath and Wells in 1523, although he had already been Archbishop of York for nine years and was really 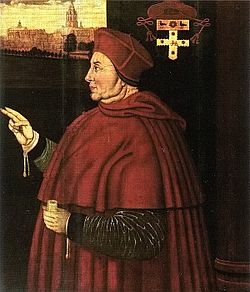 only an administrator in the other dioceses.
2) Lionel Wydeville (Salisbury), who had hitherto thought himself to be Edward IV’s brother-in-law, died some time in late 1484. Thomas Langton was translated from St. David’s and Hugh Pavy appointed there. Both of these diocesan livings were better than that of Bath and Wells. Earlier than this, he could have been deprived for treason. Langton was appointed as an administrator from March 1484.
3) John Morton (Ely) was arrested in June 1483 for treason and might have been deprived after his attainter, as Cranmer was summer 1553. Again, Ely was a more lucrative see.
4) Peter Courtenay (Exeter) joined the Buckingham rebellion in autumn 1483 and fled to Europe after attainder – another comfortable senior vacancy.

So there we have it. As we also showed here, Richard III had several good opportunities to promote Robert Stillington after his election by the Three Estates but took none of them, clearly implying that he regarded the cleric as having merely performed his conscientious duty, not a favour of any kind.

Amongst the glories of Winchester Cathedral, there is a chantry chapel of outstanding beauty and magnificence. The man who is buried there, and for whom the roof bosses provide a rebus clue, is Thomas Langton, who died of plague in 1501 only days after being elected by Henry VII as Archbishop of Canterbury. Earlier, he had served as the Bishop of Winchester (1493-1501), Salisbury (1484-93) and St. David’s (1483-84), and acted as a servant to three — or four, depending on how you count — English kings. As the information plaque at Winchester Cathedral succinctly announces, Langton had been a chaplain to Edward IV and Richard III, and Ambassador to France and Rome.

Although his death came as a surprise in his 70th year, he did have the opportunity to make an extensive will, showing he died a very wealthy man. It runs to over 100 items, and contains…