Archive for the tag “emblems”

The Black Cat of Kidwelly…. 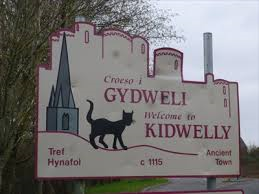 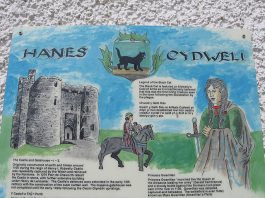 Last night I watched a programme in which the family history of the actor Ioan Gruffudd was traced. Rather amusingly, right at the end, he learned he was descended from Edward I, the very king who subjugated Wales. Oh, what a dilemma for a proud Welshman.

However, at one point my attention wandered from Ioan’s very interesting background, because I noticed a black cat badge on the back of a chair in which he was seated for part of the programme. So I searched for ‘the black cat of Kidwelly’, and sure enough, it’s on the town’s coat-of-arms.

I found the following explanation at http://www.kidwelly.gov.uk/Kidw…/kidwelly_history-11133.aspx

“The Black Cat of Kidwelly

“Kidwelly’s Coat of Arms and Official Seal shows a Black Cat. Herein lies the dilemma. The name of the township changed considerably over the centuries. In the ninth century when few people could read and spelling was of little importance, it was called Cetgueli. It was not until the advent of books, newspapers and dictionaries that correct spelling became significant. In the 17th. Century even William Shakespeare, who had more practice than most, spelt his own surname in at least eight different ways!

“In ancient documents, Kidwelly was spelt Cadwely, Catwelli, Kadewely, Keddewelly, Kadwelye, Kedwelle. The “Cat” in “Catwelli” may, however, have just been a misunderstanding about the origin of the word – some even believe that Kidwelly was named after a gentleman named Cattas, whose habits included sleeping in an oak tree in the vicinity!

“Others will affirm that the Town’s mascot was originally an otter. Otters were frequently seen on the river banks surrounding Kidwelly and indeed, one is depicted in a carved memorial in St. Mary’s churchyard. Those who believe the Cat to be the true emblem of Kidwelly, will tell you that the black cat was the first creature seen alive after the great plague hit the town. It was therefore honoured as a symbol of salvation and deliverance and subsequently used as Kidwelly’s heraldic symbol.”

So, the black cat is important to Kidwelly!

To see Ioan’s programme, go to:-

Tales of a Ricardian Traveler – Debunking a Myth at Dartington Hall 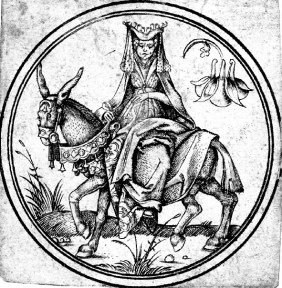 Dartington Hall, near Totnes in Devon and just southeast of Dartmoor National Park, represents a uniquely British form of historical contradiction. It is both medieval, having parts of a Grade I-listed late 14th century manor house, and modern, being the current home of the Schumacher College and formerly the site of a progressive coeducational boarding school which broke all the molds of English education and even attracted the attention of MI5. Today, it operates a hotel, restaurant and conference center, and has Grade II* listed gardens.

Our visit was prompted by the prospect of staying briefly in the house built between 1388-1400 by John Holland, first earl of Huntingdon and duke of Exeter. The Holland dukes of Exeter were themselves highly controversial figures and their history is closely intertwined with that of the Houses of York and Lancaster. We didn’t…