Archive for the tag “cowardice”

Social distancing according to Henry VII….

And we think we’re putting with a lot? Can you just imagine if we were under Tudor rule, with eighteen foot (six metre) swords? Right…it doesn’t really bear thinking about….

The title above says it all. Go to this article and see what I mean. With such weapons being wielded on all sides, how on earth did anything—man or horse—emerge still standing? I don’t think we should be in any doubt at all that by going to battle, all men knew they were putting their lives at a very real risk indeed.

Unless, like Henry VII, they always skulked around at the back, well protected (Bosworth), or indeed arrived too late to take part anyway (Stoke Field or Blackheath). There was nothing brave about him.

What if Henry VII had been good-looking and charming….? 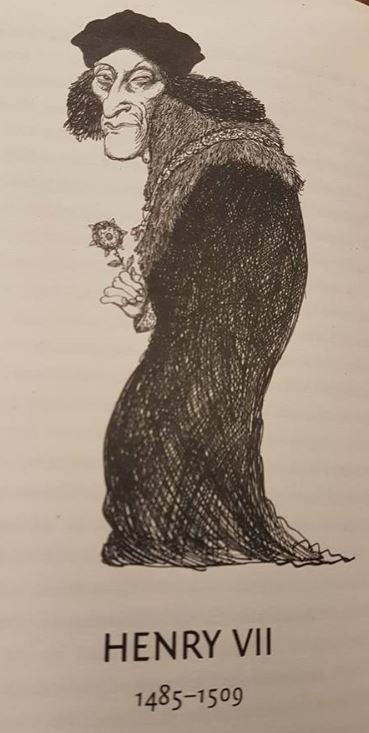 It occurred to me today that when it comes to being so very supportive of Richard III, we are helped (in a manner of speaking) by Henry Tudor being such a visual horror. Yes, truly. He was ugly inside and out. Loathsome. And his legacy of the House of Tudor was only brightened by Elizabeth I. The rest you can keep. Every last one of them. What a bunch. It’s difficult to picture, I know, but if Henry had been a handsome, delightful chap, what then?

So, might later reaction to Henry Tudor have been different if he too were good-looking, a brave warrior, and a just man with charm aplenty? Let’s face it, not one of those adjectives could be applied to Henry, who even cowered at the back when it came to battles. He was a miserly liar, coward and cheat, a dull clerk and an accountant with a full set of claws, whom fate conspired to put on the throne. Because of him, we lost Richard III, who would have gone on to be one of our great kings.

Oh, I make no bones about my totally biased and carved-in-stone judgement of both men. Henry even managed to die in his bed. How grossly unfair and unjust was that? He had overseen the hacking to death of the King of England, and had only been able to do that because Richard had been betrayed. Hm, Sir William Stanley sure as hell paid the price for that! No sympathy from me for him either.

And I do know that the book from which the above illustration is taken is far from complimentary about Richard – who is portrayed as Shakespeare’s fictional monster. Henry, I believe, is portrayed as his true self!

It’s hard, I know, but if you can just picture Henry as being more like Richard, would we still condemn him so savagely? Yes, we would. Perhaps not quite so savagely, but we’d still condemn him. He had no right to the throne, but stole it through treachery, without having any blood claim. It’s difficult to forgive that, but I still wonder if we’d be quite so vitriolic if the two men were a more balanced match?

Someone wrote to suggest that Richard’s final charge at “Tudor”, in which he killed Mr. William Brandon (“Tudor”‘s standard bearer) and unhorsed Sir John Cheney, was a sign of cowardice. Never mind that thosee paid by the first two “Tudors” to lie about him admitted that the King died “fighting manfully” ….. “in the thickest press of his enemies”. This has to be the most hilarious case of denialism so far.

Unless, of course, you know differently.