Archive for the tag “Colchester”

… on two of the major rebellions – Simnel and “Perkin” – against Henry VII. This article is from Voyager of History and we may soon be in a better position to know whether Richard of Shrewsbury could have been at Tyburn in 1499.

During the same reign, there was also the Stafford-Lovell rebellion starting at Colchester, the Brecon rebellion and the Cornish rebellion that ended at Deptford Bridge.

Michele Schindler’s seminal biography of Francis Viscount Lovell, one of the trio named in Colyngbourne‘s doggerel, is published today. Hopefully, it will go towards solving the great mystery of his fate.

Could he really have suffocated in a Minster Lovell chamber, after the estate was given to Jasper “Tudor”? Could he have ended his days in Scotland, under a safe conduct complicated by the Sauchieburn rebellion, or was that a red herring?

A corkscrew made from bits of Old London Bridge…. 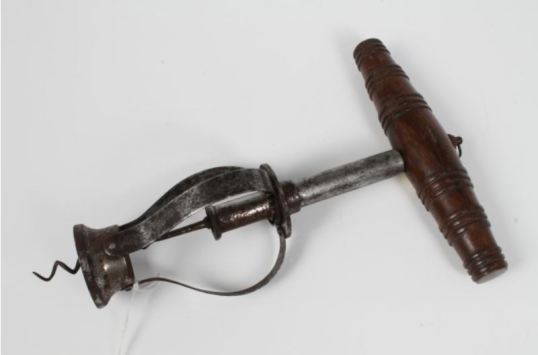 In 2014, a broken Victorian corkscrew made from pieces of old London Bridge was bought for £40,000 at an auction in Essex, over 100 times its asking price. See this article/, from which the following is taken:-

“The corkscrew, the components of which are thought to be up to 800 years old, was bought by an “anonymous European collector” at the sale in Colchester.

“Sold by Reeman Dansie Auctioneers (which last year old a collection of photographs showing German pilots from WWI drinking champagne) the corkscrew had an asking price of just £400 – £600.

“John Benson, the auctioneer at the sale, said the bid “caught us all unawares” and apparently there was a round of applause when the gavel came down.

“Engraved with the words: “”Made from the Iron Shoe that was taken from a pillar. That was 656 Years in the Foundation of Old London Bridge,” the corkscrew was made by Ovenston of 72 Great Titchfield Street in London.

“However, despite being in relatively good condition the corkscrew does not work properly, the catalogue explaining that the “ratchet does not engage with the spring”.

“Old London Bridge was built between 1176 and the early 13th century, paid for with a tax on wool imposed by King Henry II (when England was the centre of the European wool trade), famously covered in houses and shops (see below) it was torn down in 1831 when new London Bridge was opened (and which now resides in Havasu City, Arizona).

“The current London Bridge is at least the fourth incarnation of the famous span and was built between 1967 and 1972, opening in March 1973.”

London Bridge toward the end 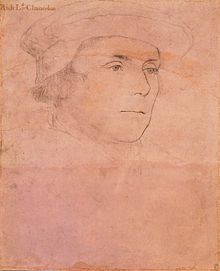 We tend to have rather a negative view of Sir Richard Rich, or Baron Rich of Leez as he became in February 1547, nowadays. In this, we are somewhat influenced by Robert Bolt’s portrayal of him, as a “betrayer” of More, together with the history of Trevor-Roper. One Bolt line, memorably delivered by Paul Scofield as More, was “Why Richard, it profits a man nothing to give his soul for the whole world, but Wales?”, as Rich (John Hurt) becomes Attorney-General for Wales a few (film) minutes before More is executed. More is also quoted as saying that Parliament could make Rich King if it so wished.

Rich, a lawyer, protege of Wolsey, Colchester MP, Speaker and Solicitor-General, was certainly involved in many of the events of the mid-“Tudor” period such as the prosecution of More and Fisher, accounting for Catherine of Aragon’s assets at Kimbolton Castle, supporting Cromwell in the Dissolution, quite possibly a personal hand in Anne Askew’s (unprecedented and illegal) torture, executor of Henry VIII’s will, the attempted prosecution of Bonner and Gardiner and the Seymour brothers’ fatal division. He then resurfaced under Mary I as an enthusiastic persecutor of heretics in Essex, before dying, nine years into the next reign, at Felsted where he donated money to the church and famous school in the village.

His descendants were granted the Earldom of Warwick and were heavily involved, on both sides, in the Civil War – one great-grandson, the Earl of Holland, fought for the Crown at the 1648 Battle of St. Neots and was beheaded the following March with the Duke of Hamilton (captured at Preston) and Lord Hadham (taken at Colchester).

Here are some of the panels just inside the door of the Colchester Playhouse, now a theatre-themed public house. They illustrate John Ball, after whom a minor town centre road is also named, becoming a priest, a prisoner at Maidstone and then participating in the 1381

Peasants’ Revolt (from 30 May), fighting at Blackheath (on 12 June) and then being executed at St. Alban’s on 15 July that year.

Where did the Tudors come from….?

For those of us who may wish to know where the name Tudor comes from, here’s a thorough explanation.

Henry VII escaped by a whisker….!

Henry Tudor certainly didn’t have it all his own way after Bosworth, although his incredible luck held – as it did throughout his life, except for losing his wife and eldest son. He didn’t replace the first, but had a spare for the second. Richard III had not had that luxury.

But in 1486, during a time of Yorkist uprisings against him, Henry escaped an assassination attempt. Oh, if only it had succeeded! His luck interceded yet again, and not a whisker of him was harmed. Unfortunately for his foes, they either had to flee the country or were captured and paid the price. Francis Lovell had been holed up in sanctuary in Colchester and eventually escaped to the continent (it is thought) but Sir Humphrey Stafford was drawn, hanged and quartered. A horrible fate. I’m equally horrible enough to wish it had befallen Henry.

The paragraph above is clearly only touching the surface of what went on at this vital time. The Yorkists weren’t organised enough to carry those days, and all Henry suffered was a terrible, gnawing fear that remained with him for the rest of his life. This link that follows is concerned with Desmond Seward’s excellent book The Last White Rose: The Secret Wars of the Tudors, which is always worth dipping into. Very readable. So to find out more about these abortive rebellions, and Henry’s almost devilishly good fortune, have at this book!

The latest on the hunt for Richard’s Y-chromosome

Lionel of Antwerp, Duke of Clarence, was born today in 1338, although he died just before his thirtieth birthday. He is, of course, a mixed-line direct ancestor of Richard III but he is the brother of Edmund of Langley, Richard’s male-line great grandfather.

Here, John Ashdown-Hill spoke to Nerdalicious about his attempts to locate Lionel and secure a little DNA. You may compare it with our earlier piece about a similar search. 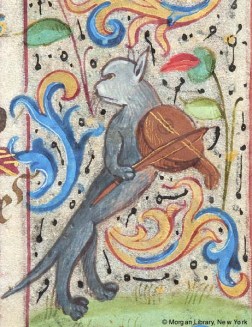 Sometime ago I read that the words of the old Hey Diddle Diddle nursery rhyme were in fact a reference to the story of Richard III. There are other theories, of course, including this of Elizabeth I:

“The story goes that Elizabeth, was often called a cat for the treatment of her court, the mice. When Elizabeth’s cousin Lady Catherine Grey eloped with Edward Seymour represented by the dish running away with the spoon, Elizabeth was not particularly impressed. The ‘dish’ and ‘spoon’ of the rhyme are sometimes said to be the Queen’s private server and food taster, but this theory too lacks evidence.” (This extract is from https://treasuryislands.wordpress.com/2011/10/26/origins-hey-diddle-diddle/)

The suggestion that the rhyme might be to do with Richard’s so-called usurpation of the throne connects Sir William Catesby with the cat (the fiddle being to kill the boys in the Tower), the Kingmaker with the cow (no idea about the moon!) Francis Lovell with the dog, and Richard himself as the dish running away with the spoon (anointing spoon at his coronation). Why the Kingmaker is in there, I can’t imagine, for he was dead and gone by 1383, which is when the presumed events of the nursery rhyme took place.

Mind you, if you go here, you’ll find Richard’s name cropping up in all sorts of places, including Humpty Dumpty! See also here.

A Google search for Hey Diddle Diddle or Humpty Dumpty with Richard III will bring up numerous sites that repeat/debate/pooh-pooh the likelihood of the rhymes’ origins in Richard’s story.

The king in the above illustration is presumably Henry VII?

Anyway, it’s all an interesting theory, but I do not know how much faith to place in it. Take a look, and see what you think.

tter to start this time than Colchester, with its John Ball connections, of course? Here, in a beer advert, a centurion has edited some graffiti to remind the natives of the Roman Empire’s authority. Perhaps he will enter a pub with four colleagues and order some, raising two fingers when asked how many? He might prefer a martinus – “You mean martini?” – “No, just the one, thankyou”. 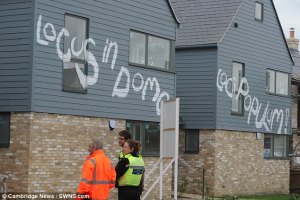 seems to be catching, as shown by this recent protest in Cambridge. However, the artist’s, or artists’, grammar seems to be wanting, according to authorities such as Mary Beard. Perhaps they need help from someone like this?