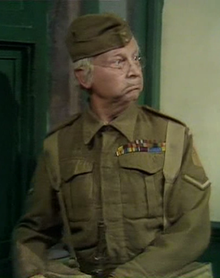 The news {pingback to 9/4} about a potential important new discovery regarding the fate of Edward V, elder of the ‘princes in the Tower’ at Coldridge church in Devon took recent U.K. newspapers by storm, gaining a considerable amount of press coverage in a short span of time, much of it quite positive and open-minded.

It did not take long, however, for thunderous thuds of saurian proportions to be heard as several denialists and traditionalists such as the Starkeysaurus (the infamous Tudor historian David Starkey) lumbered into view, showing us that dinosaurs are truly not yet extinct. (I swear, the man never got over being thoroughly trounced in the Trial of Richard III way back in 1984!)

So vexed was he by anyone daring to question the accepted traditionalist narrative, that he had to put up a mocking YouTube video called ‘Bad History’ just to take the mickey, alongside his frothing acolytes (I’m not posting it…you can find it easily enough!) It really should have been titled ‘Bad Historian’—although to his credit, this time Starkey mentioned a quote from Mancini rather than from his beloved favourite, the Sainted Thomas More.  At least Mancini is an actual contemporary of Richard III…but Starkey got it wrong. Mancini did not say that Edward V was definitely dead. He said there were rumours—‘and already there is a suspicion that he had been done away with. Whether, However, he has been done away with, and by what manner of death, so far I have not yet at all discovered.”

So this makes his analysis as flawed as the comments he made during a programme on the “princes” during Richard III’s reinterment in 2015—when he stated that Elizabeth of York and Henry VII were at the Tower of London because ‘something was up’ regarding the trial of James Tyrrell. However, James Tyrrell was not tried at the Tower but rather the Guildhall, and he was not charged with regicide nor is there any record of an actual confession.

Now, of course the new Coldridge theory may or may  not pan out, the same as with all theories throughout time. The fact the church stands on land belonging to Thomas Grey, Marquis of Dorset, adds a certain credibility in my opinion and the church’s contents do have some unusual and possibly telling features. But it will only be by extended further study that we will actually learn and find out.

To denigrate every proposed new theory without a thorough examination (and giving rebuttals that include rudeness and spewing More, Mancini, Vergil or Shakespeare) is to be regressive rather than progressive. If every historian refused to acknowledge any new potential discovery, we would never have progressed beyond the biased and limited writings of the Victorians (on many subjects, not just Richard III.)

After all, these historians mocking now, were the very same ones who were utterly convinced that Richard’s bones ended up in the River Soar. They laughed and jeered at the thought anyone actually might find his remains.

And we know how that turned out in the end, don’t we?

This article had some better points than David Starkey’s but still shows the rather blinkered and narrow view from historians and journalists that we are used to. I mean Richard had people under his ‘spell’? He wasn’t a freakin’ wizard!

An article from Exeter with a more positive slant: https://exeter.anglican.org/devon-church-holds-clues-to-princes-in-the-tower-mystery/amp/