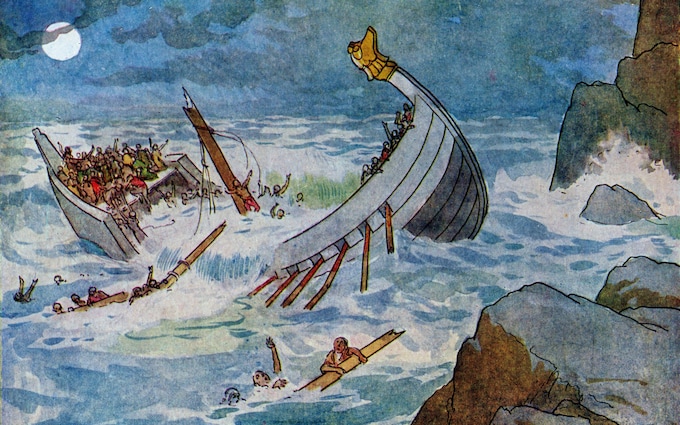 Here is a Daily Telegraph review of Charles, Earl Spencer‘s book about the sinking of the White Ship in 1120. It includes a lot of hypotheses based upon the survival of William the Atheling, the tenager who was Henry I‘s only surviving legitimate son but was the most prominent casualty of this maritime incident, arguably caused by an inebriated captain. Without following the review’s hypotheses centuries into the future, the more immediate implications were the “Anarchy” that followed Henry’s own death.

The book itself follows the disaster and Henry’s own reaction to it. Earl Spencer pulls no punches in his description of the king’s character, the last of the Conqueror‘s legitimate male line, whilst quite possibly describing the rediscovery of the White Ship itself.