This interesting tome has finally appeared in paperback. The opening Parts read like an abridged biography of the story familiar to us through Warner’s The Unconventional King, but to be read with an open mind as to whether Edward II survived his “official death” today in 1327 or not. The reader will re-learn the events of his known life in that context, rather like studying the “Tudor” era, with one eye on the Poles and de la Poles in the background.

After this, from Part Three, Warner investigates the evidence that Edward did live on, before balancing it against the traditionalist case that is so glibly and frequently recited. The Fieschi Letter first appeared in the nineteenth century and can be compared in significance to Barrie Williams’ 1980s discovery of Richard III’s remarriage plans in the Portuguese records. It explains a lot about people’s conduct after the traditional “murder date”, including the Earl of Kent, the Earl of Mar and the Archbishop of York, inter alia, in a similar way to Titulus Regius. 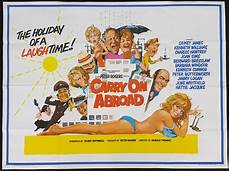 These people either knew, or mistakenly believed, that the former Edward II lived on beyond our shores, Melton’s own missive being revealed in 1911. It is unsatisfactory that such potentially explosive evidence has hitherto been dismissed out of hand by traditionalist historians who have boxed themselves into a corner.

Manuele Fieschi, a future Bishop, apparently wrote to Edward III in the mid 1330s, reporting conversations he had with Edward II about the latter’s escape to Italy via Corfe Castle, Ireland, Flanders, France and Germany, dressed as a hermit. There are some probable errors in it, but it resembles the letters of “Perkin” to the monarchs of Europe before he was tortured. Could father (as William le Galeys) and son have been reunited in Koblenz in 1338, eight years after Mortimer’s grisly end? Both Warner and Ian Mortimer believe that the fugitive died within another five years, after some of his grandchildren were born, but too early to mourn his “widow”.

So to Part Four, where the evidence in either direction is weighed. I cannot yet take it all at face value but can no longer assume Edward of Caernarvon’s death today 694 years ago by default. Perhaps he really is at sant Alberto di Butrio in Lombardy, not far from the original burial site of Lord Richard de la Pole, his descendant, and there could soon be a mtDNA line to test the evidence, or his Y-chromosome could be linked to that found in Leicester in 2012.

Here each individual reader, of this worthy sequel, must make up their own mind.