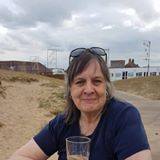 How did this happen? Am I dreaming? Is there some sort of Time-slip? Yet here I am, somehow “transposed” from my 21st century self to a Lady-in-Waiting, helping to host a secret dinner. I cannot understand how or why it has occurred, all I know is that it is the end of February 1485, after the lavish Christmas festivities at Westminster.
I am aware that I am a Lady Katherine – Manners or Ferrers perhaps? – apparently the ladies of the court take turns in “hosting” the dinner with the King, no favouritism displayed. This is a regular occurrence when the Queen is unwell – she seems worryingly consumptive and the loss of their son has been an additional grief and burden to them both.
Yet I am also “Me” – I have foreknowledge, but am somehow unable to speak of this, to warn.
Our guest – highly secret – no record to be made of the evening, is Elizabeth Woodville, our former Queen, now to be known as Dame Grey, since the illegitimacy of her marriage to Edward IV has been shown. She is as finely dressed as ever – ignoring the Sumptuary Laws, in a heavily brocaded underdress of dove-grey silk, and a deep crimson velvet robe with long detachable sleeves, trimmed with silver braid, not the ermine of her earlier, more fortunate days. Her tyrewoman has fashioned her headdress with the utmost elegance, black half-henin cap (a nod to her still being almost in mourning) also trimmed with the silver braid, with light “butterfly wings” of pure white veiling standing away either side of the cap.
She still wears the jewelled rings that should have been passed on to Queen Anne, but Richard and Anne had decided not to make an issue of it. She makes her obeisance with an almost knowing smile, perhaps not quite deep enough, but then, she was once Queen herself.
We are at Nottingham Castle in the new Royal Apartments begun by Edward, finished by Richard. He takes pleasure in the crisp new stonework of the wider windows perfected in the latest style with flattened arches, beautiful tracery and the mullions rising elegantly up into the arch. He enjoys “improving things”, but generally does not want to be extravagant, so he contents himself with windows, as at Sudeley, Barnard Castle, Gainsborough and here in Nottingham… by and large his building interests have been of a military or seagoing nature.
The food is all cooked in the newly installed kitchens; the Master of the Household making the choices from what has been delivered fresh, recently caught, or available from the stores. It is just a simple meal; King Richard is known for his moderation in food matters.
We have dainty mushroom and cheese tartlets in the lightest pastry, salmon from the Trent, salted turbot with leeks, tender young boar stewed in cider, roast venison, a marchpane delicacy, and a vanilla flummery to settle the stomach. Richard has chosen small beer, a fine Rhenish, and a strong yet mellow red vintage from Portugal (sent by his good friend Sir Edward Brampton) then a sweet honeyed wine to finish. The former queen dines with enjoyment and relish. Strange, I had imagined her to pick at her food. Yet she retains her youthful figure, after how many – twelve? – children. How does she do it I wonder with a touch of envy.
King Richard is asking Dame Grey if she is now satisfied that her boys are safe. The Christmas court has shown that she and her daughters will be well treated – the finest clothes, good marriages (within the limitations of their ignoble birth, but never forgetting their father was a king) and always welcome at court. She is as beautiful as ever – neither sorrow, fear, danger nor her reduced status seem to have left their mark on her smooth white skin, the small amount of hair she allows to show under the cap gleams silver-gilt in the candlelight. 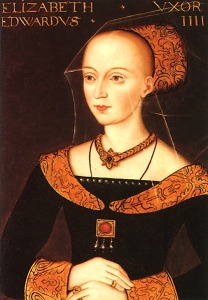 “You are content with the arrangements?” Richard asks. Dame Grey has recently travelled from Sherriff Hutton where her daughters are settled for the coming Lent season. She attempts a winning smile, peeping from under her lashes – a trick that often has many a man gasping. She could have saved herself the effort – Richard has ever been immune to La Woodville’s charms. But on the whole she knows how to handle men, and so adapts her style to suit Richard.
“The preparations are sufficient Your Grace. If my son Edward is not to be king, then at least his safety is guaranteed, and that of his brother, my bold young Richard. I thank you for their present safe-keeping and regret the coming parting, but I understand how they cannot live quietly in England as my daughters will, and my hope is that we can be quietly reunited from time to time. ‘Tis Fortune’s Wheel Sire,” she shrugs. “Yea, One rises up, then down, then who knows? Up again? Sir James (Tyrrell) is to convey me to Gipping to say my farewells.” She never forgets that although her father was a mere knight, later created Earl Rivers, her mother was Jacquetta of Luxembourg and, by her first marriage, Duchess of Bedford, the highest woman in the land after Queen Margaret.
“You do understand why these steps are necessary?” Richard asks. “After Buckingham’s revolt and with the Tudor still at large in Brittany or France ( whichever country will have him) we cannot afford to risk the boys’ lives. Were Tudor to succeed, the boys would be in his way on his path to the throne – I am informed he plans to marry their sister, Lady Elizabeth, to legitimise his own claim. As you know, I have kept Margaret Beaufort close at hand, serving my lady wife. She will find it difficult to contact her son.” He takes a deep draught from his goblet, like a man in need.
“She too, is well aware of the danger the boys hold for her son’s chances,” he continues, “Despite their newly discovered bastard birth, any uprising in their favour would probably be willing to put aside God’s ordaining and start up the barons’ wars again – England cannot be well-ruled by a child. It is my earnest hope that my rule will be so peaceful and just, that England shall be prosperous and busy again, with parity and justice before the law, without recourse to the bribery and corrupt practises of old; that in time they will not wish to rebel. Meanwhile the boys must be kept safe, most like with my sister in Burgundy, as they are indeed my brother’s undoubted children. I must stress the secret nature of this meeting and these plans. Nobody at Westminster is aware that I am here – the story is that I am keeping to my chambers with the ague and Secretary Kendall has undertaken to record my presence in London.”
It is a long speech from the King, he is not often given to explaining himself, for he is a man of few words and greater deeds.
But it seems Dame Grey’s attention has wavered somewhat. Her eyes have narrowed and she is looking keenly at myself. I had given a sharp start as Henry Tudor’s name was mentioned and although I tried to cover it up by fiddling with my napery, she is not fooled.
“Mistress Katherine,” she says smoothly, “I find it interesting that you also know something of Fortune’s favours. As a widow, your consequence should have waned, until you got yourself second husband. Yet here you are, at court, favoured by their Majesties; it seems you made the most of your chances. Mayhap these chances were not unexpected to you, I wonder if you have the gift of foreknowledge? I too have a little of The Sight, inherited from my mother I would vow. She once claimed to me that although I should be Queen and then “not queen”, my daughter Elizabeth would be the ancestress of monarchs.”
Richard seems frozen in shock at these words, unable to speak. He has paled and the lines from his nose to his mouth have deepened. He touches the cross which hangs from his regal chain. He has aged since the death of his son, the cares of State seem now to weigh heavy on him, but he is quick to recognise and reject any hint of witchcraft or sorcery, his strong faith in God is his constant support.
I hurry to speak, “My lady, whatever visions or dreams may occur in any person’s life, I am certain they are God-given, intended to guide our lives in the true and virtuous path.”
Meanwhile my mind is whirling, images of a broken body flung naked over a horse, hurried night-time funeral rites, a reputation ruined, play-actors through the ages telling a twisted tale of this man and this woman.
How would the two seated here feel if they knew their story would be told for more than five hundred years? Yet I could say no more, stilled at last by the vision of a shining black plinth, atop it a marble-white, cross-incised tombstone and the words filling my head “Grant me the carving of my name”. My heart is racing, I feel breathless and lightheaded.
The meal is over. Richard, thoughtful, says no more beyond the formal farewells. But as my Lady Grey takes her leave she smiles secretly me at me, and then looks upon my Lord Richard with something like pity in her eyes…

The Princes in the Tower “disappear” 1483

There is an eclipse of the sun on the same day.

Richard is killed at Bosworth August 1485

His bones are rediscovered and identified 2012