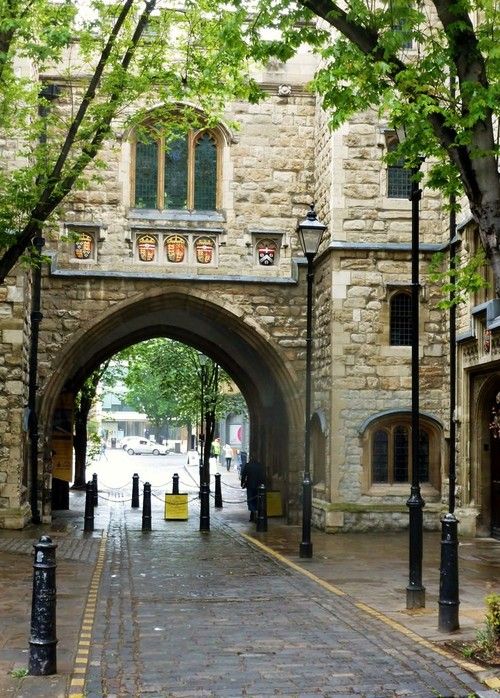 Shortly after the death of his wife, Anne Neville on the 16th March 1485 Richard rode to the Priory of the Knights Hospitaller of St John at Clerkenwell.  .  On the 30 March 1485,  which fell on a Wednesday (1)  King Richard III stood in the great hall of the Priory and addressing the Mayor, Aldermen and others gathered there denied in a ‘loud and distinct voice’ he had never intended to marry Elizabeth of York (2).   We know this thanks to the Croyland Chronicler.  The Chronicler never one to  miss out on an opportunity to throw some mud at Richard spitefully added that ‘many supposed he made the denial,  to suit the wishes of those who advised him to that effect, than in conformity with his own’...yes because of course when one is lying and dissembling before a large crowd one always speaks in a loud and distinct voice!   The rest is history and it is the Priory which is my subject here today. 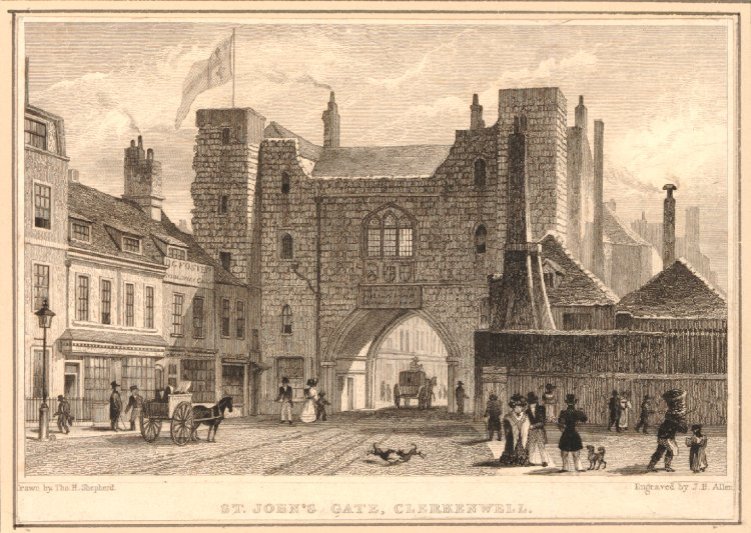 Steel engraving of St John’s Gate by Thomas Hosmer Shepherd 1829-83.  Note the inscription as described by Stow appertaining to the rebuilding completed by Prior Docwrey 1504.

The original Priory  founded about 1100, by Jorden Briset (3)  on a site which covered 10 acres of land, had  a chequered  history,  being burnt down by a mob in the 1381 Peasants’ Revolt , who caused it to burn for seven days allowing noone  to quench the flames,  being  rebuilt,  and  not being finished until 1504 by Prior Thomas Docwrey.   However it must have been sufficiently grand enough in 1485  for Richard to hold  his  council there.   The Priory’s troubles were not yet over,  later being  suppressed by order of Henry VIII   Still,  according to Stow   the priory church and house were ‘preserved from spoil of being pulled down’ and were ’employed as a storehouse for the kings toils and tents for hunting and wars etc.,’ (4) .  Don’t hold your breath though,  for moving on,  in the third year of Henry’s son,  Edward Vl, reign, ‘the church for the most part, to wit, the body and the side aisles, with the great bell tower, a most curious piece of workmanship, graven, gilt and enamelled, to the great beautifying of the city, and passing all other I have seen, was undermined and blown up with gun powder.  The stone thereof was employed in the building of the Lord Protector’s house at the Strand.  That part of the choir which remaineth, with some side chapels, was by Cardinal Pole, in the reign of Queen Mary, closed up at the West End and otherwise repaired.  Sir Thomas Tresham, knight, was then made lord prior with restitution of some lands” (5). me: the first Somerset House and also the porch of Allhallows Church, Gracechurch Street, which sadly was lost in the Great Fire of London)  Unfortunately this revival of fortunes did not last as the priory was again suppressed in the first years of Elizabeth l’s reign. To continue reading click here..