A beautiful mount bearing Richard III’s boar has been found by a metal-detectorist in the West Country. Quite a few  boar badges have turned up here and there over the years, but this mount, which probably was fastened on a sword-belt, seems rather unique–and is very impressive, still retaining parts of its silvering and painted red background. As it was found in the vicinity of Devon, could it have been dropped by someone riding with the King to ‘mop up’ after Buckingham’s rebellion?

There is a good article on the mount here: 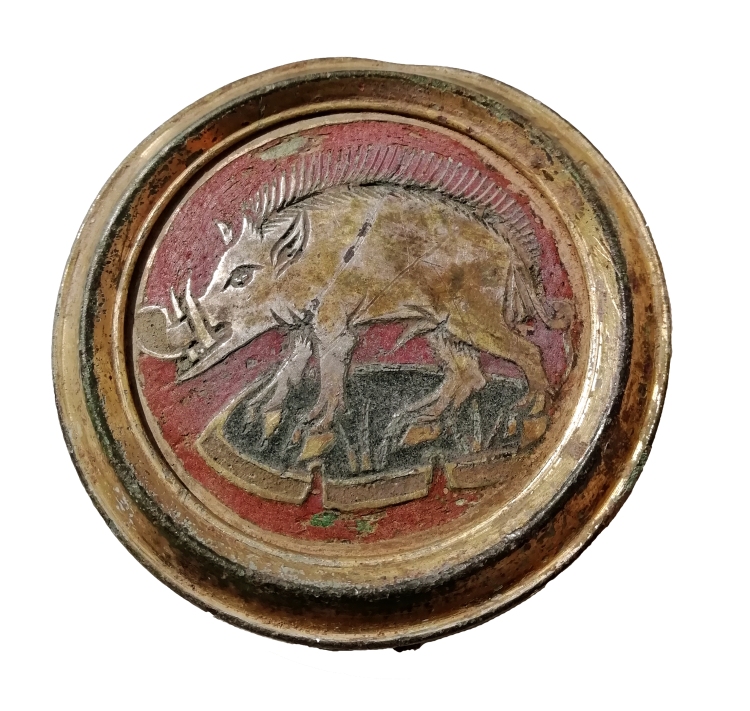