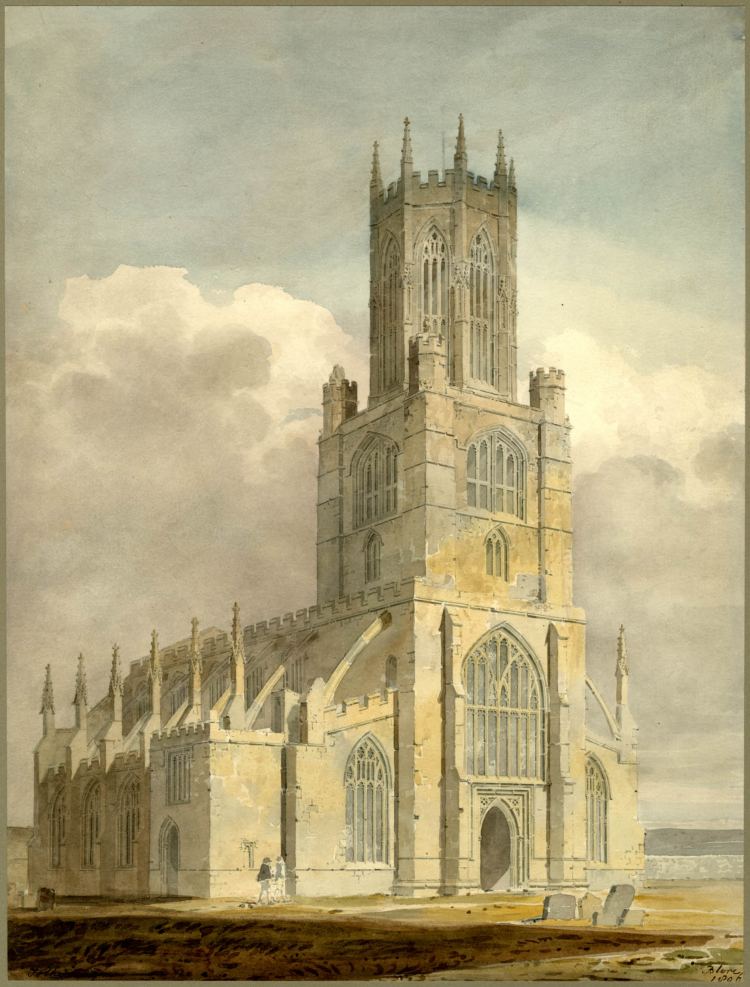 A link here to an excellent article on Edmund, Earl of Rutland.  The History Geeks can be found on Facebook:

The article also give a plausible reason as to why Edmund’s christening ceremony at Rouen was much more opulent than his brother Edward’s earlier one – which has led to much debate and speculation that Edward was illegitimate.

I think Edmund may have become a dependable and worthy member of the Plantagenets  and his early death, at the age of 17, leads to a ‘what if?’.  Everything may well have been so different.  But it was not to be and its easy to imagine the grief that must have overwhelmed his mother, when the news was broken to her of the terrible outcome of Wakefield.  Not only did she lose Edmund but her husband, who must have been her rock throughout most of her life.  However Cicely was to carry on and to suffer even more tragedy later including the judicial murder of another son, Clarence,  and the violent death of her youngest surviving son Richard at Bosworth. But that is another story.

To focus back on Edmund –  his early life which he shared much of with his oldest brother Edward – is covered in the article as are the delightful letters written by the pair of them while at Ludlow to their father  which alway make me smile.  Assuring their ‘Lorde and Fader’ of their ‘wilfare’ at the writing of the letter, they tell him ‘We were in good helth of bodis thonked be God’ and ‘beseche your good Lordeschip that hit may plaese yowe to sende us Harry Lovedeyne grome of your kechyn whose svice is to us ryght agreable And we will sende yowe John Boyes to wayte on your good Lordeschip’ (1)!  Nice try boys!..sadly we dont know if it worked.. 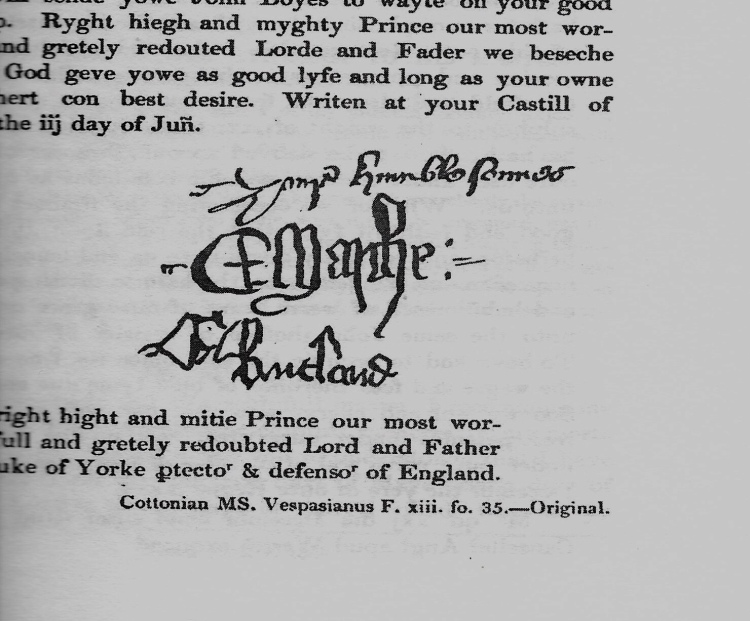 Edmund’s and Edward’s signatures on a letter to their father June 1454.

But  the  madness  that become known as the Wars of the Roses was to end Edmund’s life in the cruellest way. Edmund fought along side his father and maternal uncle at the Battle of Wakefield – 30th December 1460 – and its hard to read the suggestion that, had Edmund had travelled west with his brother Edward, he may have survived. But stay with his father he did – and died – after a failed attempt to flee, murdered some say by Lord Clifford or at the very least on his orders.

After the battle Edmund and his father’s heads, together with that of his uncle Richard Earl of Salisbury, which had been detached ty a mob, were placed upon Micklegate Bar, York. A further heartache no doubt for Cicely but an act which spurred the Yorkists on. Determined to avenge his father and brother’s deaths, but three months later, Edward finally crushed the Lancastrians at Towton. One of his first actions was to have Edmund buried with his father at  the Cluniac Priory of St John in Pontefract. Later in 1476, they were both ceremoniously reburied at Fotheringhey in St Mary’s Church, York in the chancel, but it remains unclear whether Edmund was buried in the same vault as his father or in the Lady Chapel. When Cicely’s time came she was, presumably, buried in her husband’s vault according to a request in her will. Richard and Cicely’s bodies were moved into a joint tomb in 1573 on the instructions of Elizabeth I, where they rest to this day. The Lady Chapel was destroyed and it is not known whether Edmund was found and  re-buried with his parents – no mention of it was made – or found and lost again or still remains undiscovered. It would appear, sadly, that his remains were forgotten about at the time and are now lost (2). I do hope very much that, whether his remains were found or not, they still lay not far from his parents. 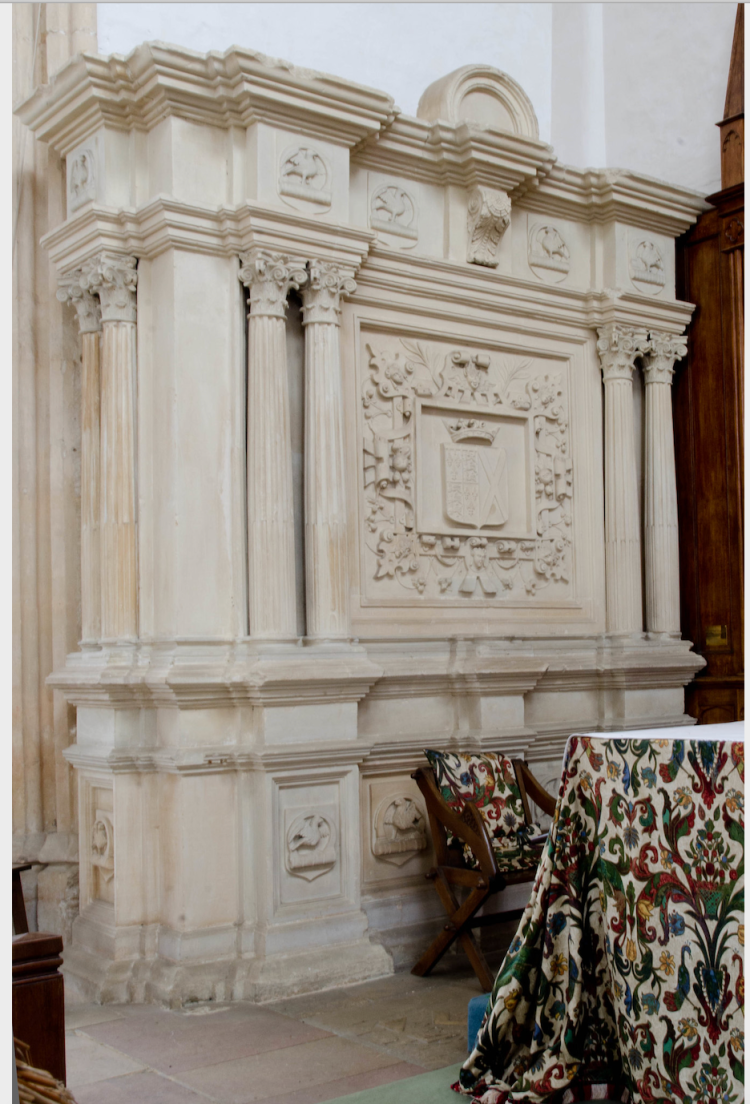 The tomb of Richard Duke of York and Cicely Neville Edmund’s parents.  It is unknown whether Edmund was reburied with his parents.  Tomb erected at the instruction of Elizabeth Ist.