Next month, David Starkey will be talking about Henry VIII on television again (1). However, in this Telegraph interview, he is compared to Henry in several ways, even suggesting that he 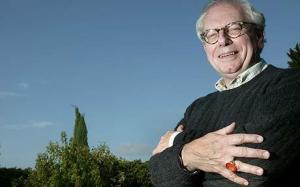 is that King’s reincarnation.
Sadly, the interviewer seems not to understand which of Henry’s marriage ceremonies were valid, or the difference between divorce and annulment, differences which were fully explained in a certain book a few years ago (2).