Leonardo di ser Piero “da Vinci” (below left) was nearly six months older than Richard III, having been born in the Republic of Florence on 15 April 1452. Over his lifetime, which ended in 1519 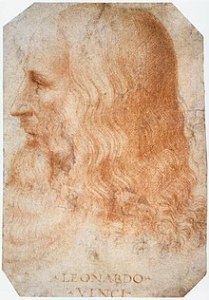 , he is best known for his paintings, such as The Last Supper or la Gioconda. However, he also left us a number of remarkable engineering and other sketches, depicting human and animal biology, geology and devices, including flying machines. The anatomical diagrams would have contributed towards the quality of his portraits in the same way that Stubbs studied the physiology of horses. 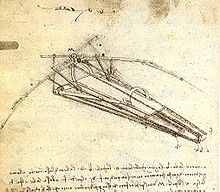 On the right is his 1488 design for a flying machine. In this, the centenary of the Armistice and of the RAF, it is interesting to compare it with aircraft from the First World War and to note that Leonardo also theoretically described a parachute, a concept with which later pilots would be very familiar. 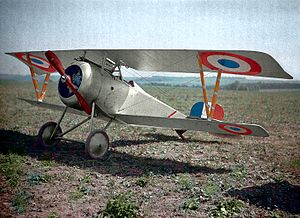 An example (left) is the (French) Nieuport Fighter.