I’ve been thinking a lot recently about Richard III’s brother, George of Clarence. You know the one–typical ‘middle child’, ‘false fleeting Clarence’, the one drowned in Malmsey who was also a drunk and quite possibly insane, hanging, as he did,  old ladies on the vaguest of suspicions.

And I began considering–is George, like Richard, maligned, doomed forever to be hidden in an obscuring web of myth and invention?

Certainly he was disloyal, joining Warwick against his own brother, Edward IV. He created a fuss when Richard wanted to marry Anne Neville, his protests lasting several years. He did indeed accuse Ankaret Twynho, and others, of poisoning his wife and baby son–and hanged the old lady after a brief and decidedly unfair trial.

But mad? A drunk? And in regards to his wife and child…what if he were right?

Like Richard’s supposed hump, limp, withered arm and other defects, George’s ‘insanity’ and ‘drunkenness’ appear to have been exaggerated if not completely  invented,  mainly in fiction. (And yes, I admit I am guilty of adding to this stereotype myself.) There is no mention in primary sources of George drinking or being dissolute; that idea seems to have come solely from his supposed death in a vat of malmsey, and the questions it raised (ie. Did Edward have him drowned in booze because he liked a tipple and maybe even requested such an end as a macabre  final joke?) Fickleness aplenty went on, certainly, and his last acts with the Twynyho affair were erratic, but he wasn’t spouting gibberish, having hallucinations, or lying catatonic like poor old Henry VI. He defended himself  in regards to the charges laid against him by the King, and apparently one of Elizabeth Woodville’s main fears was that people would follow him and her children would never inherit the throne. The people of England were hardly likely to follow another mad king. This implies to me that George was not generally seen as a loony, treacherous lush, but someone who might have had some decent enough qualities, or at very least some kind of strong charisma.

So that brings us back to the whole mystery surrounding the death of George’s wife, Isabel Neville, and his infant son Richard of York. Many have claimed Isabel died of childbirth-related illness…but she actually succumbed two and a half months after the birth. Childbed fever, the biggest killer of women in her day, normally took its victims far sooner. TB has also been suggested, and it is certainly not impossible, for in some victims TB symptoms can appear with frightening suddenness and ‘gallop’ on to their bitter end, but there is no written evidence of her having such symptoms. In the interim between childbed and her death, she travelled from Tewkesbury to Warwick, which implies she was not grievously ill at that point.  The baby too was alive and outlived its mother by about 10 days. So both mother and  child lived more than two months after the birth and made a moderately long journey without incident before their deaths.

Ankaret Twynyho (nee Hawkeston) herself is also the subject of some myth-making. In fiction she is often portrayed as a simple ordinary local woman, perhaps the midwife who delivered Isabel’s baby. However, she was not a peasant woman, nor is their any evidence she was Isabel’s midwife. It is merely known the she ‘served’ in the Clarence household. She did leave George’s service rather quickly after Isabel’s demise however, going to her home in Keyford, Somerset in the days before George accused her of murder.

Of John Thursby, who was hanged alongside her, little is known, save that he was from Warwick and said to be her accomplice. The third person who was accused,  managed (somehow and rather oddly) to escape any consequences, and is, interestingly, the one who George claimed to be the ‘mastermind’ behind the supposed poisoning. Strangely he is seldom mentioned in regards to the incident–and my feeling is his possible involvement needs to be re-assessed.

This suspect was Sir Roger Tocotes  of Bromham, long time associate of George of Clarence. (Michael Hicks went so far as to suggest George might even have called him ‘friend.’) He had supported the House of York and fought at Towton, Barnet and Tewkesbury (where he may have been knighted). He even accompanied George on Edward IV’s ill-fated ‘invasion’ of France.

Why would George think this seemingly loyal supporter masterminded his wife and child’s death? What would be Tocote’s reason? What evidence existed at the time that made George believe him involved? Some writers say Tocotes ‘escaped’ George’s vengeance, others that he received an aquittal (from the king?) despite being the prime accused in  Isabel’s ‘murder.’

Later, long after George’s death,  Roger Tocotes would go on to be one of the Duke of Buckingham’s supporters  in the October rebellion of 1483. (Richard pardoned him.)  He then fought for Henry Tudor at Bosworth and did rather well for himself under the Tudor regime, becoming Sheriff of Wiltshire for a second time and also a Knight of the Body. He is buried in a very lavish chantry chapel in the parish church in Bromham, Wiltshire.

Could Roger Tocotes have indeed been a  turncoat who went from friend to traitor and tried to  bring Clarence and his family down? If so, who was behind it, what was the reason? After Isabel’s death, George was apparently afraid of being poisoned himself and blamed the King, his brother. He claimed Edward meant to ‘consume him in likewise as a candle is consumed by burning’. George’s seemingly wild claims have led  over the years to a probably false view of him as being paranoid and mentally unstable. There is always a chance that he may have been genuinely afraid, not crazy–and that he may have truly had something to fear.

Maybe Roger Tocotes, lying in his graffiti-covered tomb in Bromham church, took a dark and unhappy secret to the grave. 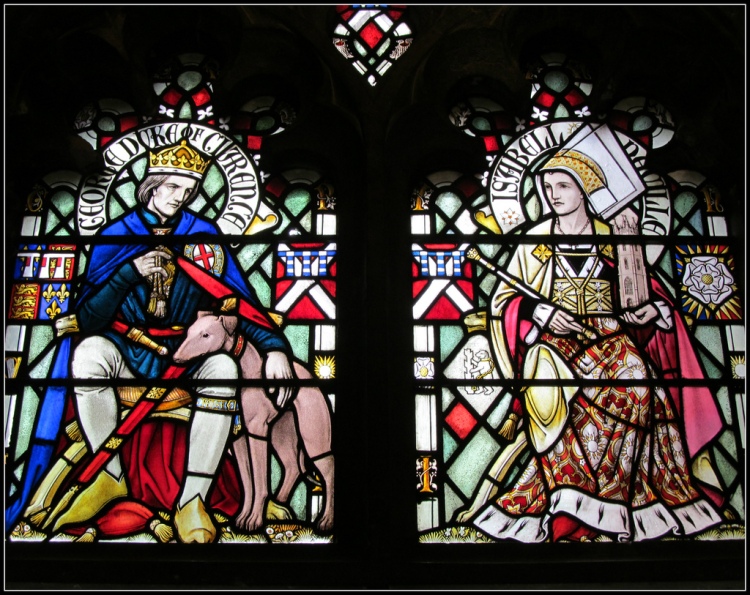 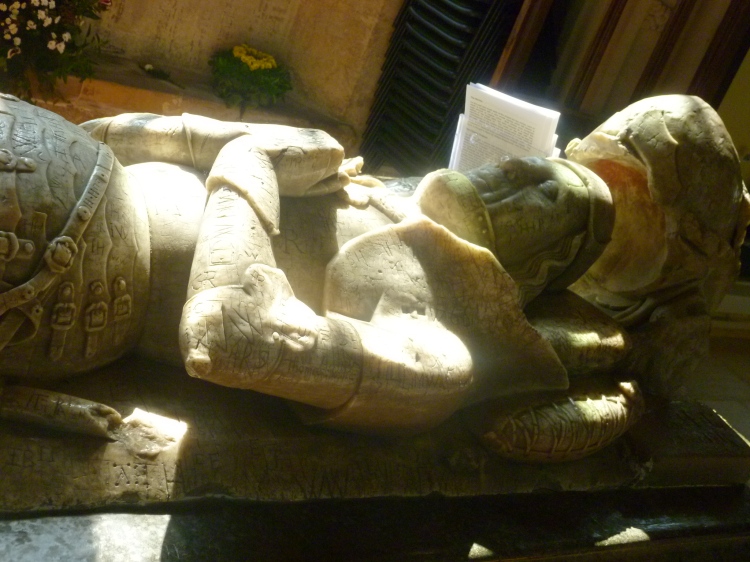