Today marks the anniversary of the death in 1402 of Edmund of Langley, 1st Duke of York, an undervalued and almost forgotten prince. Edmund deserves his place in history. Without him the House of York itself would never have existed, and its later members, who everyone finds so interesting, would never have been born.

It is worth remembering that Edmund had little in the way of landed property. Much of his income came from exchequer grants. Now, I am not suggesting he would have been better off as a brewer, or a pig farmer, but by the standards of 14th Century dukes he was virtually a pauper. (His son-in-law, Thomas Despenser, not even an earl until 1397, had a larger landed income.) Even if he had been a political genius, Edmund could never have matched his brother, John of Gaunt, in terms of impact. To be blunt, Gaunt had thousands of swords at his back, and Edmund had not. Indeed, in a world where Lancaster livery was all but ubiquitous, York’s retainers were few and far between.

It has been suggested that Edmund preferred hunting and hawking to politics. I am not sure this would necessarily be a bad thing if true, but the reality is that he was a frequent attender of Councils and witness of Charters, certainly in the second half of Richard II’s reign. His influence may have been quiet, but not necessarily absent altogether. 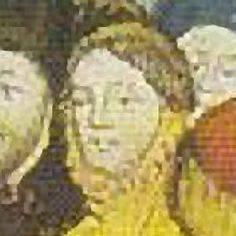 Nor was he lacking in spirit. At the time of the Merciless Parliament he quarreled with his other brother, Gloucester, then all-powerful, over the fate of Sir Simon Burley. Not only was this done in the Lords’ Chamber, before all, but Edmund actually challenged his brother to mortal combat. That it came to nothing, and that Burley eventually was executed, does not negate Edmund’s courage in bringing matters to such a head.

In his later years, Edmund was high in the favour of Richard II, heaped with honours, and possibly (per Ian Mortimer) selected as Richard’s legal successor. When Richard left for Ireland in 1399, York – not for the first time – was left behind as Keeper of England, and he loyally mustered what men he could to resist the invasion of Henry Bolingbroke. It’s almost certain that he did so with a heavy heart, for like many other nobles, he believed Bolingbroke had been wronged.

Eventually pinned down at Berkeley Castle by Bolingbroke’s much larger force, York had little choice but to negotiate and effectively surrender. From then on – possibly because it was the only realistic path – he was a constant supporter of Bolingbroke up to and beyond his usurpation. Indeed, it has been argued that he was instrumental in establishing Henry as king.

Be that as it may, it appears that he then retired from court and front-line politics. He was not in the best of health and may well have wanted to live out his days in peace. He died on 1st August 1402, and was buried at King’s Langley, his birthplace. (His tomb survives, although moved from its original location.)

He fathered three children, all of whom had fascinating careers in their own way. They were all born to Isabelle of Castile, daughter of King Pedro “the Cruel” or “the Just”, his title depending on which version of history you prefer. After her death in 1392 he married Joanne Holland, the very young daughter of the Earl of Kent. Joanne was Richard II’s niece of the half-blood; by her marriage she became his aunt as well. Joanne outlived Edmund by many years, took three more husbands, but had no children by any of them.

In passing, I might mention that Edmund was the only one of his brothers never to marry an heiress, something which contributed to his relative poverty. His marriage to Isabelle was largely a matter of tying up loose ends for Gaunt, who had of course married her elder sister and claimed Castile on her behalf. There is no evidence that Edmund received any compensation in return.