Two weeks after visiting Wingfield , I attended a “Wuffing Education” Study Day at Sutton Hoo, addressed by Rosemary Horrox on the de la Pole family. This juxtaposition of dates was entirely beneficial as their genealogy and history was fresh in my mind so it was easy to follow Horrox’s train of thought. 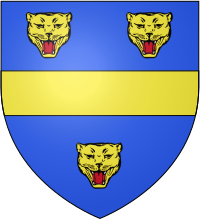 She covered the family’s commercial origins in Hull as two of three brothers, whose father’s forename is still unknown, left the city to enter the national scene, lending money to the King. Although Richard was probably William’s elder brother, their paths diverged as he sought a less acquisitive strategy and his male line descendants are less famous, expiring three generations later. William’s family is better known but trod a far more perilous path, particularly in royal moneylending. His son, Michael, served the Black Prince and John of Gaunt, being created Earl of Suffolk and marrying Katherine Wingfield before falling foul of Richard II and dying in exile in the year of that King’s deposition. We were also shown some accounts from shortly after this time, relating to the second Earl’s children and their education. The first Earl’s successors, a son and a grandson both also name 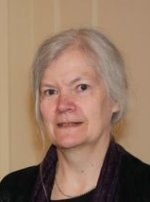 d Michael, died on the 1415 French expedition, one of disease after the siege of Harfleur and the other at Azincourt soon afterwards. The younger of these left no sons and was succeeded by his brother, William, whose career, elevation to the Dukedom of Suffolk and end aboard the Nicolas of the Tower is a familiar story to most of us. Then we have John, brother-in-law to Edward IV and Richard III, both of whom he outlived – incidentally, Horrox does not believe that he actually married Margaret “Beaufort” as a child.
Between them, John de la Pole’s ten or so children lost his position completely and appear to have had only one child, a nun who died of the plague in about 1515. Horrox’s genealogical handouts detail the lack of alternative male lines in great detail, such that the “Marguerite de la Pole – Suffolk” who married in France during spring 1539 could have had no father by that surname save for Lord Richard or a cousin at least twice removed. Even if we had some of her DNA from somewhere, a father-daughter relationship would be the most difficult to prove – impossible as today’s scientific knowledge stands. 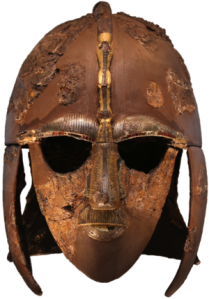 I cannot recall enjoying a history talk as much as this since one by Ashdown-Hill nearly fifteen years ago or Michael K. Jones a few times in Norwich. I would recommend these Study Days to anyone when a particularly appealing topic arises: http://wuffingeducation.co.uk/studydays/ . The setting is outstanding and the Sutton Hoo café is two minutes from the hall, although transport from Melton station can be difficult.