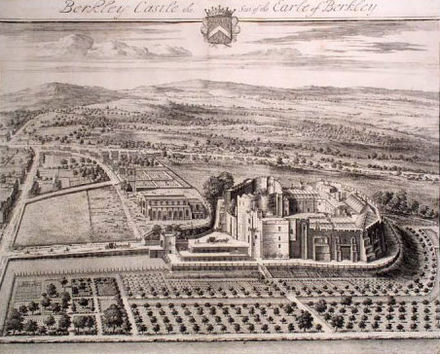 Here is the story of yet another lord who betrayed Richard III at Bosworth. Oh, but wait a moment, this one betrayed Henry Tudor as well, now there’s a feat!

The man in question was William, eventually Marquess of Berkeley, but nicknamed “Waste-all”. He was 43 when he won the Battle of Nibley Green, which was fought on 20 March 1469 or 1470, depending upon which calendar one uses. The battle is famous now because it was the last to be fought in England by private feudal armies. William “was of an unusually haughty and headstrong disposition, and made himself so much feared by all around him that for several years before his father’s death none of the tenants would accept any lease without William’s joining in it”. Not an endearing character.

He had an even more famous feud with Margaret Beauchamp, Countess of Shrewsbury (1404–14 June 1468) was the eldest daughter of the 13th Earl of Warwick, and by her marriage to the 1st Earl of Shrewsbury, as his second wife, she was the mother of Lady Eleanor Talbot, Sir Humphrey Talbot, and Lady Elizabeth Talbot, Duchess of Norfolk, all names Ricardians will know well. But by her first marriage, she was the grandmother of Thomas Talbot, 2nd Baron Lisle , 2nd Viscount Lisle (c.1449-20 March 1470), who was aged 20 or 21 at the time of Nibley Green. 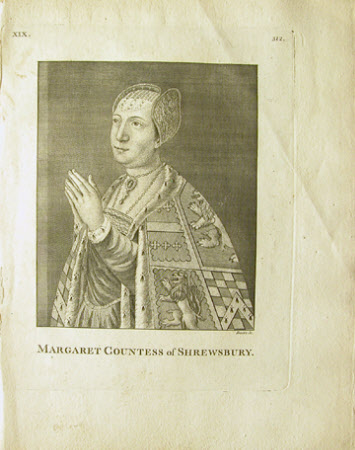 Margaret was a truly formidable woman who always fought tooth and claw what she considered to be hers and her children’s. She pursued years of feud with the equally formidable William Waste-all. They were “”two merciless natures not unevenly encountering”, as Smyth, the Berkeley family biographer and steward, recorded. The dispute was over manors and lands, including Berkeley Castle itself, which the Countess regarded as hers. Waste-all, needless to say, did not agree. One of the disputed manors was Wotton, not far from Berkeley, which Waste-all said the countess was occupying illegally. The dispute was not confined to legal means, including petitioning King Edward IV, but also by predatory attacks on each other’s territories, and fights between their servants and tenants. It was quite some quarrel, even by the standards of the day. 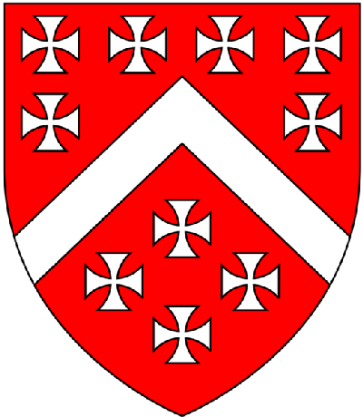 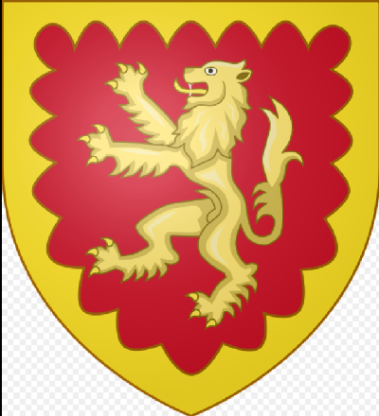 Then, on 14 June 1468, the Countess Margaret died, and her estate—and the great dispute—passed to her grandson, the young Lord Lisle, who was eager to take up the cudgels. He plotted against Waste-all, using a treacherous Berkeley servant who then turned coat again and told Waste-all everything. The latter was monumentally furious. Lisle was livid. Letters were sent, threats made, and a challenge issued on 19 March 1469. The confrontation was set to take place the following day at Nibley Green, halfway between Wotton and Berkeley.

Waste-all maintained a garrison at Berkeley Castle, which gave him an advantage over Lord Lisle. They faced each other at Nibley Green, 1000 men to 300 or so. It was an unequal conflict from the outset, and because his visor had not been lowered, hot-headed Lisle was shot with an arrow on the left side of his face. One of Waste-all’s supporters, named Black Will of the Forest of Dean, finished off the wounded man with a dagger. Lisle’s force fled, pursued by Waste-all’s. There was chaos as the latter and his great numbers descended on Wotton. Such was the ordeal for Lisle’s young wife, that sixteen days later she was brought to bed early of a stillborn son, thus ending her husband’s line.

All this took place as Warwick the “Kingmaker” was turning upon Edward IV. A few months later, Edward himself was a fugitive and Warwick had returned the displaced Lancastrian, Henry VI, to the throne. Then, the following year, Edward IV returned to overthrow Warwick and Henry VI at the Battle of Barnet. On 6 October 1473, the case was settled in favour of Waste-all, who must have thought it was all done and dusted.

However, he became mixed-up with Sir Edward Grey, brother-in-law (through her first husband) of Elizabeth Woodville, Edward IV’s manipulative queen. Grey married the sister of the late Lord Lisle of Nibley Green, and decided to take up the Lisle claim through his wife. William Waste-all was on shakier ground now, with Elizabeth Woodville obviously set on upholding her brother-in-law’s side of it. Edward IV was always one for a quiet time in his marriage – if marriage it was, considering he was first married to the old Countess’s daughter, Lady Eleanor Talbot, who selfishly stayed alive for four years after he’d uttered his vows to Elizabeth! Oh, tangled webs… In due course Sir Edward Grey would indeed be created Lord Lisle by Richard III.

In the meantime, anxious to stay in favour with Edward IV, Waste-all had conveyed many manors and lands to the king’s younger son, the little Duke of York (soon to be one of the boys in the Tower). When Richard III came to the throne, and the Duke of York (and his elder brother, known as Edward V) were declared illegitimate because of the Eleanor Talbot marriage, everything returned to Waste-all. Did he dance a jig? Probably.

But it was now that he really earned his nickname, Waste-all. After subsequently gaining 68 Mowbray manors and other property across the realm, he set about giving or granting everything away in order to gain honours and distinctions. He conveyed 35 manors to Richard III, in return for the title Earl of Nottingham, and when Richard faced Henry Tudor at Bosworth, it was said that William Waste-all out-Stanleyed the Stanleys, by supporting one side with men, the other with money. Henry Tudor won, and returned the 35 manors to William Waste-all. Was fate hell-bent on helping the fellow?

Next Waste-all conveyed two castles and 28 manors to Sir William Stanley, and then parted with many more to Sir William and others. In his will he entailed Berkeley Castle and all remaining family possession on the Tudor king, reserving only a life interest in them. In return he was created Marquess of Berkeley. He ended up as Great Mareschal of England, but by the time he died, on 14th February, 1492, he had disinherited his entire family. What a Valentine. Small wonder he gained the soubriquet Waste-all! 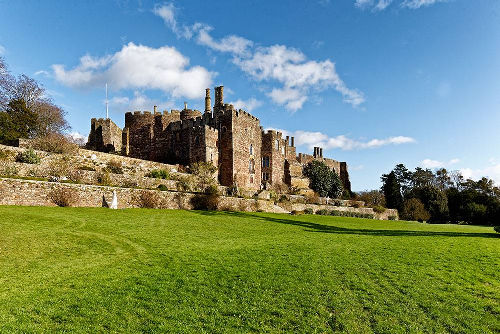 But there is a postscript. Waste-all had no legitimate children, and so his heir was his younger brother, Maurice, whom Waste-all considered to have married beneath his rank and thus brought shame on the family. What nerve, considering his own antics.

Was Waste-all giving everything away in order to punish Maurice, who eventually inherited the title, with nothing to go with it? If this is true, it was a terrible act of spite from nasty old Waste-all, who wasn’t exactly a dazzling adornment to the title of Berkeley.