No, no, we all know that’s NOT the way the rhyme goes…however, apparently, some publishers do not know the difference between the English king and the explorer Christopher Columbus. A picture of Henry VII, labelled as Columbus, recently appeared in a child’s history textbook (see link below)! 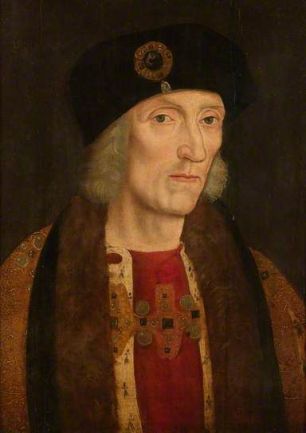 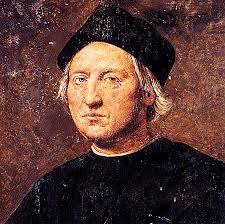 (above, Henry and Columbus, not exactly looking like they were seperated at birth. Similar taste in hats, maybe?)

Henry, however, did have a slight connection to Columbus. In 1489, Columbus’ brother Bartholomew made his way to England seeking funding for Christopher’s voyages. On the way, he was attacked by pirates and arrived in England in a poverty-stricken state. He was not received terribly well by Henry, and it was soon clear that not one solitary penny was forthcoming.  Bartholomew tried the French king next —still no joy. Then he went to Spain….and the rest is history.

Later, Henry did decide he better get ‘with it’ and do some new world exploration to keep up with Ferdinand and Isabella. 1497, he hired the Venetian John Cabot to go to the New World. Cabot made his first landing at (disputably)  Cape Bonavista in Newfoundland, Canada.

Upon his return to England,  Henry was not exactly forthcoming with lavish payment—Cabot got a rather  paltry £10.00. Now Henry DID have other things on his mind at that time—namely Perkin Warbeck. Once he dealt with that little problem, he gave Cabot a monetary

increase…of £2.00. Later, he did give him a somewhat more substantial but not overly generous pension of £20.00 a year, with the stipulation he made more voyages and tried to do some trading with the natives while he was at it.

Cabot did return to North America but he found no natives, only the remains

of a burnt out fire and a stone tool.

Right: Jim Dale, who played Christopher Columbus in the eponymous quincentenary Carry On. (and now that I think of it, maybe there IS a resemblance in the pic on the right??)