While on a Cheshire road, Richard, Duke of Gloucester happened upon the retainers of Thomas, Lord Stanley….

In my other article about Richard’s support for the Harringtons of Lancashire against Thomas, Lord Stanley, * I promised to write more about Stanley’s treachery and thirst for revenge on Richard. Other events happened at around the same time as the Harrington/Stanley quarrels, indeed the two are contiguous, and this time Richard was responsible for Thomas Stanley coming off worse.

At the end of the 1460s Richard took the side of the Harrington family against Stanley, who was trying to crush them and steal their property, especially Hornby Castle in Lancashire, which he particularly coveted. Edward IV decided in the Stanleys’ favour, even though the Harringtons had been staunchly Yorkist, and Stanley was…anyone’s guess, but beneath it all I suppose he was Lancastrian. No, he was a Stanleyite, only interested in his own wealth and advancement, and he didn’t care how he went about it. He must have felt smug and vindicated when Edward decided in his favour, but he wouldn’t forget Richard’s opposition.

On 12th March 1470, a battle was fought at Empingham in Lincolnshire. Well, just over the county border in Rutland. It was to be known to posterity as the Battle of Losecoat Field. Hostilities first stirred when Lord Welles, a Lancastrian, plundered the manor of Sir Thomas Burgh, Edward IV’s Master of the Horse. Things went from bad to worse, and soon the countryside was in uproar.

The bare bones of it are that Edward’s disgruntled brother, George, Duke of Clarence, deserted him to support the Earl of Warwick, who was (at this time) on the Lancastrian side. It is believed that Warwick and Clarence were behind the uprising which they intended to exploit to bring Edward down and (Clarence hoped) put him on the throne instead. But Edward moved swiftly, and took his well-trained army, complete with formidable hardware, to confront the much larger army of rebels that consisted of a rabble of common men. Faced with such royal discipline and fire-power, the ragtag rebels fled, casting off its coats as it went. Thus the Battle of Empingham became known as the Battle of Losecoat Field.

The battle is commemorated in the hall of Oakham Castle, where there is a display of horseshoes, the oldest of which was presented by Edward after the battle. At the time it had the king’s coat of arms on the top and also the Rose of York on a red background.

Warwick and Clarence made themselves scarce, riding for Manchester, where they intended to join forces with—guess who?—Lord Stanley! At this point, however, Edward did not know of Stanley’s duplicity. Richard did, however, having found out purely by chance.

Richard, seventeen at the time, had been holding Wales for the king, and on hearing of Clarence and Warwick’s treachery, he set out with a small, hastily collected force, intending to give his support to Edward. I will now let Paul Murray Kendall take up the story:-

“…he [Richard] headed north on the Hereford to Shrewsbury road. As he was riding through Cheshire, Richard suddenly found his way blocked by followers of Lord Stanley. He scattered them and moved on warily, dispatching a warning to the king of Stanley’s hostility.

“Richard’s intervention had come at an opportune moment. Lord Stanley, who was married to Warwick’s sister, had given Warwick and Clarence assurances that he would support them. As they moved northward, temporizing with the King, Stanley, at Manchester, was gathering his retainers. At almost the same time he learned that Warwick and Clarence were galloping westward from Chesterfield, expecting him to succour them. Stanley’s nerve deserted him. He sent messengers riding in hot haste: one, to Clarence and Warwick with word that he was unable to help them; the other, to the King, protesting righteously that the Duke of Gloucester had attacked his people. Abandoning all hope of raising a following, Clarence and Warwick wheeled about and fled south.

“By this time King Edward, discerning the true state of affairs, had sent word to Richard thanking him for his prompt action and requesting him to stay his march. [Richard went to his Harrington friends at Hornby Castle, where he was on 26th March.] Lord Stanley [was ordered by Edward] to disband his retainers and keep the peace. On March 25, at York, Edward commanded proclamation to be made that no man was to stir up trouble because of ‘any matter of variance late fallen between his right entirely beloved brother, the Duke of Gloucester and Lord Stanley’. Two or three days later Richard received commissions to array the men of Gloucestershire and Hereford in order to join the King in the pursuit of his rebels.”

Clarence and Warwick, with their wives, managed to escape to France, where they were given a warm welcome by the officers of Louis XI. They would return to invade England the following year. Warwick would die at the Battle of Barnet, and Clarence would sneak back into Edward’s good books and fight for him at the Battle of Tewkesbury.

So, within a very short space of time Thomas Stanley garnered two very strong reasons to resent Richard, who in the future, as Richard III, would again show support for the Harringtons. Were Thomas and his brother William men to bear grudges? Oh, yes. They waited until August 1485, Bosworth, and exacted full revenge. Thomas remained inactive in the battle (if he was there at all), while William pitched in on the side of Henry Tudor.

As I said in my article on the Harringtons’ quarrel with the Stanleys, I think the outcome of Bosworth had much more to do with the past and bruised Stanley egos, than with Henry Tudor, Margaret Beaufort et al. Thomas and William Stanley merely concealed their real motivation behind a screen of new allegiance to Henry. 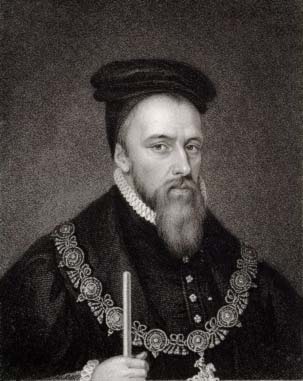 3 thoughts on “While on a Cheshire road, Richard, Duke of Gloucester happened upon the retainers of Thomas, Lord Stanley….”