The Coronation Feast of King Richard III and his Queen

Queen Anne and King Richard from the Rous Roll.  Anne is wearing the Crown of Queen Edith and Richard wears the Crown of St Edward.

And so dear reader, Richard and Anne were crowned. We do not know for sure but let us hope the sun shone for them that day..it was July  after all.  Proceeding slowly back to the Great Hall of the Palace of Westminster from whence they had come, the newly crowned couple  ‘toke their chambres’ and  at four o’clock after a short  rest Richard and Anne returned to the great hall and were seated, the Queen on the king’s left hand side,   at the marble table on the great dais at the southern end. 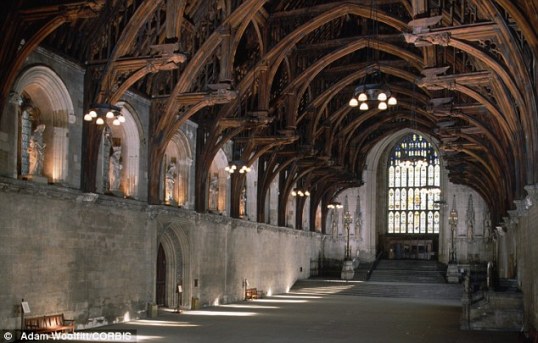 Westminster Hall looking towards the area where the dais and the kings table stood. 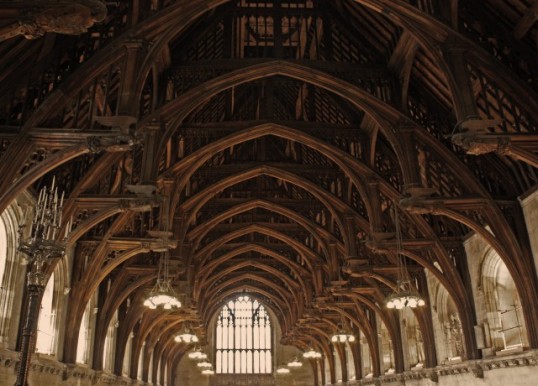 The massive hammer beam roof seen from the dais looking northwards towards the doors. 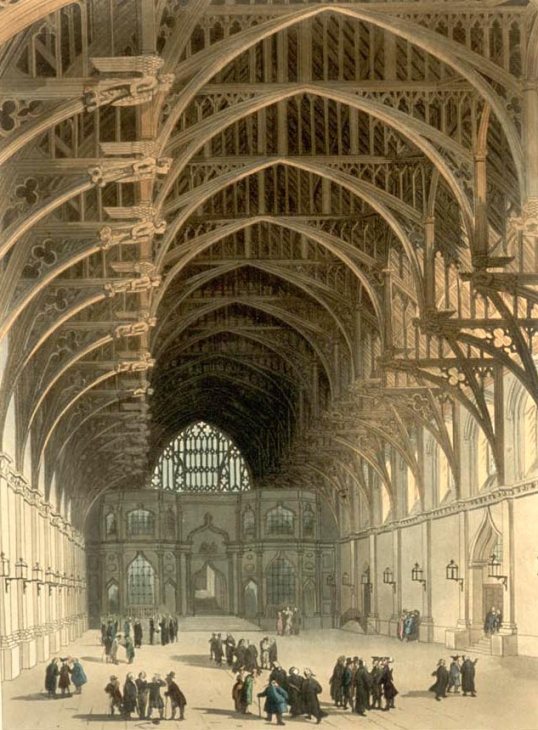 In the interim while they were resting in their ‘chambres’  the Duke of Norfolk had ridden his  horse, which was ‘traped in clothe of gold down to the grounde’ through the great doors and so he rode about ‘voiding the people saving only the kinges servants and the Duke of Buckingham’ ..as you do.  Following which all the guests sat down in their allotted  places at 4 long bordes (tables) stretching the length of the hall  ..nightmare!    All had gone well, what a marvellous day …and now the feasting begun..interrupted only by the Kinges Champion, Sir Robert Dimmoke,  who wearing white harness,  came into the hall mounted on his horse which was ‘traped in white silke and redde downe to the grounde’ declaring if there were any man in the hall ‘that will saye the contrary why that King Richarde shulde not pretend and have the crowne’  he should say so now.  After drinking ‘a cope wythe wine coverid’ Sir Robert left the hall the way he had arrived, on horseback and clutching the ‘cope’ which was payment for his ‘labor'(1).   Buckingham wisely kept his mouth shut that day and thus survived,  if only for a short while.

And thus the feasting continued, the king being served on gold plate, the queen on gilt.

And so, in the summer evening,  the banquet  broke up by torch light,  having  taken so long  the third course was never served.   It was  the end of an unforgettable day and as the guests departed ‘wher yt lyked them best’   they would have noticed the conduit in Westminster Yard that had been filled with a tun of red wine.  Perfect!  I  do wonder though  if anyone spared a  thought for the poor souls left to do the washing up!

I am greatly indebted to Anne Sutton and  Peter Hammond for the above information  I have gleaned from their marvellous book: The Coronation of Richard lll – the Extant Documents.