Elizabeth of York and the cult of Edward of Lancaster…. 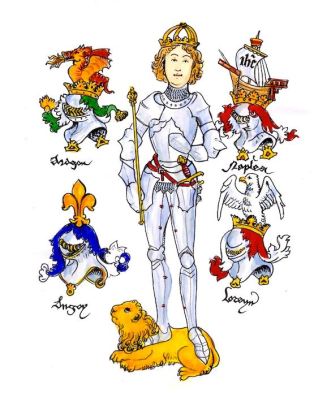 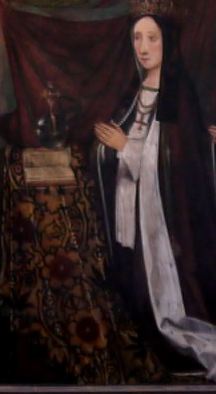 Edward, Prince of Wales, the eighteen-year-old son of Henry VI and Margaret of Anjou, was killed in the Battle of Tewkesbury, 4th May 1471. He became the subject of an exclusive posthumous cult.

The chronicle of Tewkesbury Abbey tells of the Prince’s death in battle and of his burial ‘in the mydste of the covent quiere in the monastery ther’; the short paragraph describing his death ends with the words ‘for whom god worketh’, a reference to miracles performed at the tomb, which is now lost. The plaque in the floor of the abbey merely marks that he rests somewhere close by. A little like the tomb of Queen Anne Neville in Westminster abbey. The quire is in the western part of the chancel, between the nave and the sanctuary, which houses the altar and tabernacle. In 1911, flowers were still being laid on the site of the grave. 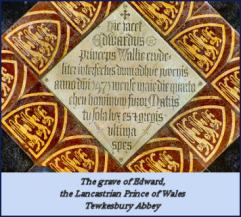 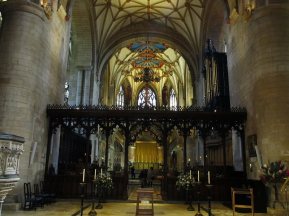 At the crossing is the Quire (or Choir) and the screen, as well as the north and south Transepts. The Tower sits above the crossing.

Further evidence of interest in the Prince includes an annual commemoration, bequests at his tomb, and pilgrimage to it. Queen Elizabeth of York offered, in March 1502. ‘to Prince Edward 5s’, though it was not indicated where exactly she offered them. There was a cult of the prince’s father, the saintly Henry VI, and Elizabeth offered three times at his shrine in Windsor. Henry VII must have granted his permission for these offerings.

In 1508 Edward, Duke of Buckingham (died 1521) visited the prince’s tomb in Tewkesbury. Danna Piroyansky, author of Martyrs in the Making – Political Martyrdom in Late Medieval England, considers he may have been hoping to advertise his Lancastrian connections, which made him a potential claimant to the throne, but I cannot go along with that. Advertise his closeness to the throne when Henry VII and then Henry VIII were reigning? It would amount to something close to a death wish.

To return to Prince Edward. He is believed to have fallen in battle, and the story of him being caught fleeing could be a Yorkist attempt to ridicule the Lancastrian heir’s courage, and thus contrast him unfavourably with the ‘courageous and manly’ Edward IV. It has to be considered. As does the other story that he was murdered by Richard of Gloucester to clear the way to marriage with Anne Neville, whose husband the prince was. This latter tale strikes me as another calculated Tudor fib to blacken Richard’s name. 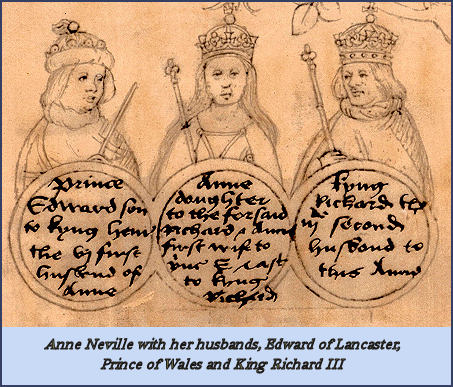 I digress. After the battle, Edward IV attempted to check the much more important cult that swiftly arose around Henry VI, but there is no evidence that he did the same in the case of Prince Edward. Maybe because it was a number of years after Tewkesbury—1502—when his cult began to develop. And 1502 is when we have Elizabeth of York offering 5s ‘to Prince Edward’.

Now, there was more than one Prince Edward, Prince of Wales, of course. Another was the elder of Elizabeth’s two brothers, who was briefly King Edward V, and had been famously ensconced in the Tower with his younger brother. No one knows what happened to the boys, and everyone likes to blame Richard III. Failing that, they blame the Duke of Buckingham, Margaret Beaufort and Henry VII. The disappearance of Edward IV’s sons might have suited a number of people.

There is a question mark over the claimant Perkin Warbeck, who led Henry such a merry dance. Many believe he really was who he said he was, the younger boy from the Tower, Richard, Duke of York. If that is true, then what happened to the older of the boys, the lost King Edward V? If the little Duke of York had survived to manhood, why would he, not his elder brother, come back to haunt Henry VII? Maybe because Edward V—Prince Edward—died of natural causes? 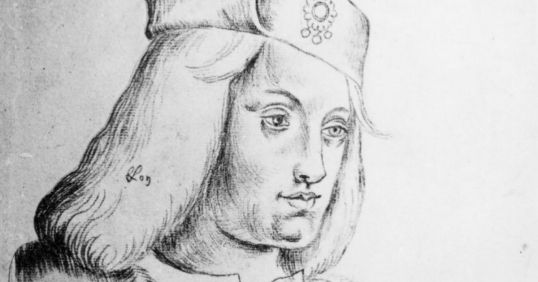 If so, where might King/Prince Edward be buried? Presuming he died in England, of course. Perhaps a suitably secret place was one that was really quite obvious – the tomb of another Prince Edward. Elizabeth of York’s uncle and aunt, George, Duke of Clarence, and Isabel Neville, his duchess, were already buried in Tewkesbury Abbey, so the abbey may have seemed a good idea because of them as well. 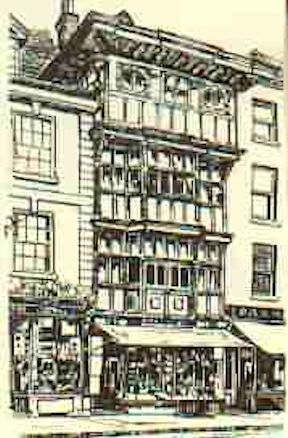 Above is Clarence House, Tewkesbury. Might it have once had something to do with George of Clarence? He was granted Tewkesbury, had a bridge built there, and was buried in the abbey, so it is clear he had a lot to do with the town. This might have been his residence.

Would Elizabeth of York have to go to Tewkesbury in person to offer? Or could she send someone? There is no record (as far as I know) of her visiting Tewkesbury, so I think she would have delegated. Thus she could honour her lost brother right under her husband’s nose, in the guise of commemorating Edward of Lancaster.

Too far-fetched? Well, I am a novelist, but I do not see this as being so far-fetched as to be impossible. I have no doubt that those of you who think it is wildly unlikely will soon tell me so!

PS: A third Prince Edward, another Prince of Wales, was Richard III’s little son, about whose death and whereabouts there is still such a mystery. I will not pamper the novelist in me by wondering if Tewkesbury might be his resting place as well. With his uncle, George, Duke of Clarence. A temporary interment, while Richard prepared a much grander tomb for himself, his queen and his son. But then Bosworth put a stop to any plan poor widowed Richard may have had.

3 thoughts on “Elizabeth of York and the cult of Edward of Lancaster….”