Empress Matilda-Should She Be Listed as an English Monarch?

One of the most fascinating (and bloody) periods of English history is The Anarchy, when Empress Matilda, daughter of Henry I (he who might well be found sometime soon in the ruins of Reading Abbey) fought her cousin Stephen of Blois (thought to be in Faversham Abbey) for the English throne. Battles raged across the land and barons, without permission, threw up adulterine castles everywhere and lived lawlessly. The times were so turbulent that it was said ‘Christ and His Saints slept.’

Matilda’s forces captured Stephen in 1141 and she came very close to being crowned, but violent crowds of Stephen’s supporters on the way to London stopped the Coronation from taking place. Then her biggest supporter, her half-brother Robert of Gloucester was captured at Winchester, and the only way to free him was to trade Stephen’s freedom for Robert’s.

In 1148, Matilda retreated from England for good and left the fighting to her son, Henry FitzEmpress, the son of Geoffrey Plantagenet–the future Henry II. In 1153 Henry and Stephen came to an agreement after the Siege of Wallingford, in which Henry was declared Stephen’s heir as the latter’s eldest son Eustace had died. The next year, Stephen died and Henry took the throne.

Matilda is generally not listed as one of the rulers of England but some believe that she should be. Although never crowned, she was Henry I’s heir and before the High Altar of All Saints, Northampton, Henry rallied his barons to swear loyalty to her and to support her claim to the throne. They swore at the time, but as often happened in the Middle Ages, the oaths were quickly broken once Henry died. The idea of a female ruler was not a popular one, although there was no legal impediment to it, as England, unlike France, did not have a Salic Law.

Many sources list Edward V, Jane and Edward VIII as monarchs of England, despite the fact that they were never crowned and their legitimacy to the position was disputed–so, if that is considered correct, why then is the Empress Matilda excluded from the list, as designated heir to Henry I?

Matilda is, of course ancestor to the line of Plantagenet kings that followed on from her son, and through her maternal side, they also have a line of descent from both King Malcolm of Scotland and the royal House of Wessex via St Margaret. Both claimants were, therefore, among Richard III’s ancestors. 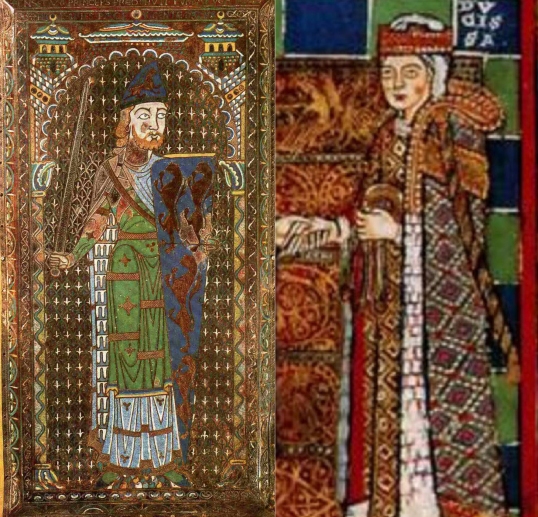 4 thoughts on “Empress Matilda-Should She Be Listed as an English Monarch?”