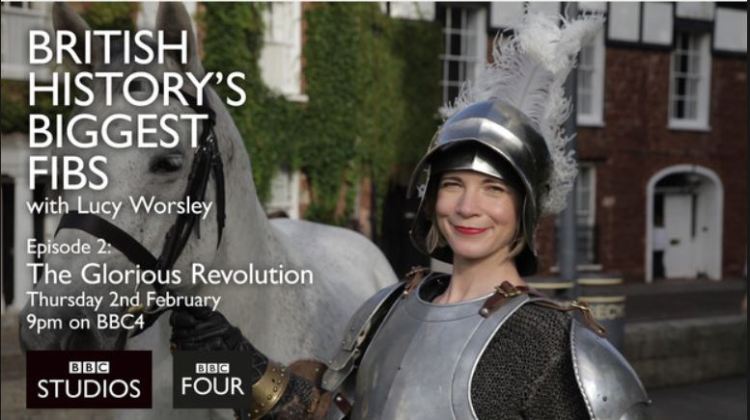 Did anyone watch the second episode of Lucy Worsley’s fib-busting series last night? I didn’t quite make it to the end because I was so tired, but saw enough to understand that she did to James VII/II exactly what she did with Richard III. By that I mean she concentrated on the deeds/misdeeds of the winning side. Like Richard, James II became no clearer as a man and king as the programme progressed. James was Catholic and “unpopular in a Protestant country”. Full stop.

We were shown the letter from a handful of peers that “invited” William III to visit Britain and some Dutch archivists explained how it would aid his campaign against Louis XIV, another Catholic. Lucy explained just how laughably improbable the “warming pan” stories were and how James Francis Edward’s birth would stop the Catholic monarchy from just dying out when his father passed away, as he did within thirteen years of his dethronement. William’s propaganda emphasised that his coup, from his landing at Brixham, was bloodless. This was true in England but not in Scotland and Ireland, where James and his supporters fought back, as you can see here.

Lucy was as watchable as ever, cheeky and entertaining. And when she was dressed up, she was delightfully sleek. I continue to love whatever she does.

You can read about this second episode in the series here.