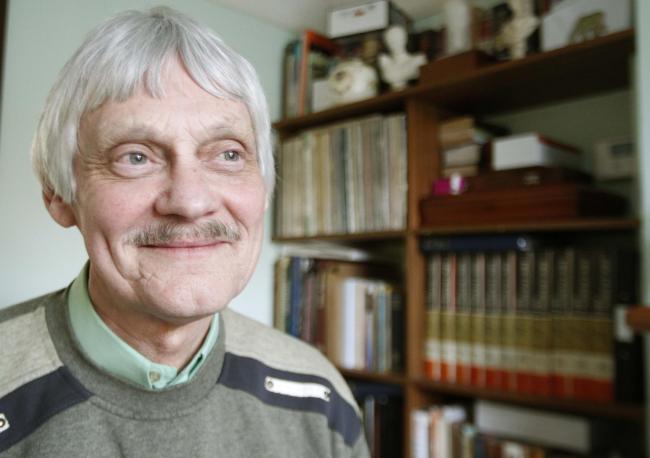 What follows was written entirely by Caroline Tilley, Senior Reporter of the Daily Gazette/Essex County Standard

Secret marriages, scandalous affairs and one of the best-kept secrets in English history….

WHEN you have helped to unearth arguably the greatest historical find of the 21st century, some people might decide to put their feet up.

Not satisfied with finding the bones of Richard III, arguably England’s most notorious king underneath a Leicester car park, Dr Ashdown-Hill has now been riffling through the secrets of his elder brother Edward IV.

King of England for two periods in the 15th century, Edward Plantagenet’s life seems about as far removed from his brother, Richard’s, as conceivably possible.

A notorious womaniser with illegitimate children scattered across the country, scandal plagued his reign with secret marriages.

Yet all is not as it seems, as Dr Ashdown-Hill has explored in his new book.

The historian, who studied at the University of Essex and now lives in Manningtree, has unearthed evidence which appears to show Edward IV had a relationship with one of his military rivals.

He said: “In the summer of 1462 he met Henry, Duke of Somerset. Contemporary accounts tell us Edward loved him.”

If true, the claim would be one of the most explosive facts to come to light about a king renowned for his womanising.

There is certainly evidence, with a chronicle written at the time reporting how the two shared a bed.

Dr Ashdown-Hill said: “I don’t know why it’s been ignored.

“No-one has really picked it up. I think history is very surprising.”

Dr Ashdown-Hill made the headlines when, thanks partly to his painstaking work, the lost bones of Richard III were uncovered under a Leicester car park.

The notorious king has intrigued historians for centuries after allegedly killing off his nephews, the so-called princes in the tower and Edward IV’s sons, to take the throne.

His death at the hands of Henry VII, father to Henry VIII, marked the end of the famous Wars of the Roses.

It had been believed Richard’s bones had been thrown in a river by an angry mob a myth perpetuated by local legend, 50 years after his death at the Battle of Bosworth in 1485.

The lesson not to take evidence at face value is something Dr Ashdown-Hill is now applying to his work on Edward IV.

He said: “I had always been interested in Edward IV because of what he had to show about Richard III and his claim to the throne.

“A woman called Jane Shore was said to be his mistress for a long time. In fact, I have shown there is no evidence of this.

“It’s extraordinary. Even historian Rosemary Horrox said there was no contemporary evidence of it, yet she didn’t come to the obvious conclusion.”

Dr Ashdown-Hill added: “It was said Edward IV was a great womaniser and he had numerous bastards.

“In fact, Edward IV only recognised one illegitimate child, which he called the Lord Bastard.

“Henry VII then recognises another of his so-called children called Arthur Plantagenet. So it seems he might have had two or three illegitimate children.

“But so did Richard III and yet no one calls what he did outrageous. So why did they say this of his brother?”

Dr Ashdown-Hill believes the secret is tied up in an Act of Parliament which made Richard III king in 1483, after the death of his brother.

While the throne was meant to pass to the eldest prince in the tower, Richard claimed they were illegitimate and instead took the throne for himself.

But the two princes weren’t the only of Edward IV’s so-called legitimate children to be cut off. In fact, there were seven altogether.

Dr Ashdown-Hill believes it was this which has caused the confusion and led to historians believing Edward IV had so many illegitimate offspring.

Edward IV is not the only project Dr Ashdown-Hill is working on.

His work on Richard III led to the discovery of today’s Plantagenet female line through DNA.

He also uncovered somewhere along the line adultery had appeared, with at least one so-called father being displaced.

Dr Ashdown-Hill does not know whether this adultery happened in more modern or medieval times.

He is now trying to get his hands on the bones of Thomas of Lancaster, a relative of Richard III, whose bones were sold at auction in Colchester 1942.

It is not known where the bones are now but if he uncovers them, Dr Ashdown-Hill hopes to be able to pinpoint more accurately if the adultery happened before or after the birth of Richard III.

So after recovering the bones of Richard III and untangling the web of Edward IV, what’s next for Dr Ashdown-Hill?

As well as chasing possible living descendants who could give him DNA to pinpoint the elusive princes in the tower, he is next turning his attention to Richard III and Edward IV’s mother.

He said: “Cecily Neville seems to have spent a lot of her time being pregnant.

“I’m hoping a book might come from looking at her.”

See the article at http://tinyurl.com/z3m2clp