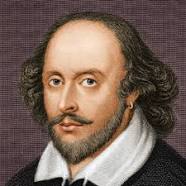 2016 has been the 1000th anniversary of Edund Ironside’s accession and death, also of the death of his father Ethelred Unraed and the double accession of Cnut of Denmark. It has also been the 950th anniverary of the battles of Stamford Bridge and Hastings, being the end of the House of Wessex after its interruption.
Four centuries ago, St. George’s Day to be exact, marks the death of Shakespeare and possibly his 1564 birth. Opinion is still divided as to whether, in Richard III’s case among others, he merely embroidered what passed for history during his lifetime or invented many of the significant events he wrote about. At least we can precisely date his death better than we can his birth and we can, ironically, rely on the flow of his plays relating accurately to the culture of his own time, such as Cordelia’s execution, which could not have happened in Richard’s own century.

In March, Helen Castor marked the anniversary on Channel Four by investigating the fate of the Bard’s own remains in this documentary. It transpires that, having been buried in Stratford’s Holy Trinity Church with his family and a forbidding epitaph(1), GPR investigations show that his skull is probably missing, just like Morton’s at Canterbury Cathedral. Richard, of course, was intact except for his feet. It seems that not everyone over the years heeded the curse:

spares thes stones,
And cvrst be he