The year is 1817. George III is quite elderly and insane with only three years of his long reign remaining but he still has several sons, many of whom have no legitimate issue. The exception is the Prince of Wales, another George who is serving as his father’s Regent again, this time on a permanent basis. He is separated from his wife but their daughter, Charlotte, is married to Leopold of Saxe-Coburg-Saalfeld. As autumn begins, Charlotte’s second pregnancy approaches its conclusion and the succession looks secure. On November 5, her son is stillborn and she died early the next day. Her “midwife” had been Sir Richard Croft, of the Mortimer’s Cross family, who shot himself the following February. 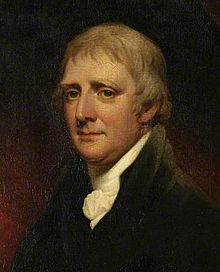 Without this tragedy, Victoria might not have been conceived and could well not have succeeded. Similarly, Lady Flora Rawdon-Hastings, at the centre of an apparent scandal that became a tragedy in 1839 , was descended from the Dukes of Clarence and Buckingham as well as William Lord Hastings, as we showed last month.