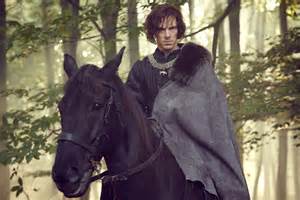 I am currently watching the second instalment of Shakespeare’s history plays, concerning ‘The Wars of the Roses’ as interpreted by the BBC’s condensed and somewhat, contorted adaptation.

The first part of ‘The Hollow Crown’ covered Shakespeare’s history plays: Richard II, Henry IV, Part I and II and Henry Vth.  It was, for the most part, an excellent production. A combination of strong casting, brilliant original material and interesting sets made it a joy to watch. Simon Russell Beale’s Falstaff was a triumph. He gave a mesmerizing performance which managed to capture all the facets of Falstaff’s complex character in little more than a look or a gesture.

The overwhelming sense of these plays was the great burden which kingship brought for the poor unfortunate who wore the crown. In another blog post I have written about this in detail, taking specific lines from each of…