Late last year, we showed how James VI/I’s grandfathers, James V and Matthew Earl of Lennox, shared the same Y-chromosome. Now there is some facial reconstruction news about his father, Henry Lord Darnley: 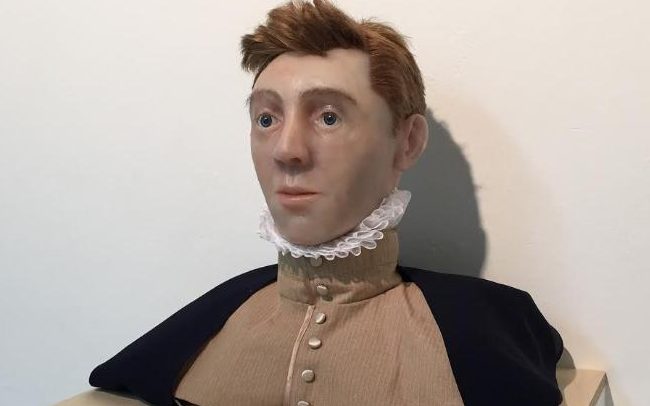 A student at the University of Dundee, which reconstructed Richard’s face after his identification, has provided the same service for Darnley (above). In this case, however, Emma Price had to judge between two potential skulls for the short-serving Scottish consort, one of which no longer exists although a written description of it does. It is the latter, judging by known portraits, that correctly pertains to the husband and cousin of Queen Mary.