Would Tucker ‘write the wrong’ about Richard too….? 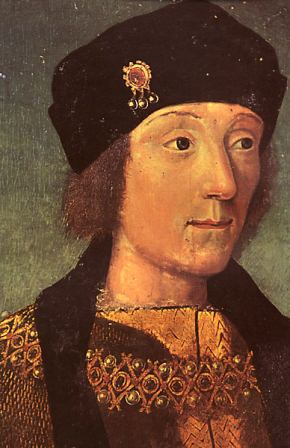 Maybe Murrey & Blue is not the place to post something that praises Henry VII, but nevertheless it makes interesting reading, if only because a second view shoots a lot of it down in flames.

Forty years ago M.J. Tucker wrote an article in History Today. http://www.historytoday.com/sites/default/files/henryvii_court.pdf Tucker praises Henry and cites many great minds of the time as proof of the king’s intelligence, perspicacity and the liveliness of his court. The author is keen to right the miserable wrong that has been done to Henry’s reputation.

In 2011, Thomas Penn commented upon Tucker’s article. http://www.historytoday.com/thomas-penn/learning-be-tudor He dissects Tucker’s assessment of Henry, pointing out that many of the quoted great minds were the same men who were responsible for pointing out Henry’s negative legacy. The first Tudor’s ‘constant preoccupation with his flimsy dynastic legitimacy’ is cited as being responsible for the increasing climate of terror that pervaded his reign.

It never ceases to be interesting how historians take differing views of the same subject. Tucker is pro-Henry, Penn finds fault. Both are interesting.

One regret stayed with me after reading them. How very sad that Richard was denied the chance to prove himself to history. If his son had not died, and if Bosworth had gone the other way, what might M.J. Tucker have written about his reign and court? He would surely be keen to right this wrong too. We will never know of course, because after two short years, cruel fate overtook the ‘last Plantagenet’, and thus overtook us as well. We can only yearn for what should have been . . . and grind our Yorkist teeth that Henry Tudor went on to rule for so long, in the process bequeathing to England the dazzling but monstrous ‘Tudor Age’.

One thought on “Would Tucker ‘write the wrong’ about Richard too….?”