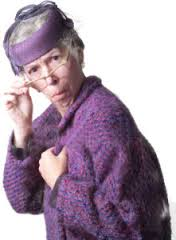 One of the strangest phenomena to come out of the events of almost three weeks ago has been the continual bashing of Dr. John Ashdown-Hill by the usual group of denialists who populate the underworld of Ricardian history and rehabilitation.  As we all know, Ashdown-Hill (along with other members of the Finding Richard project and Leicester University) found the remains of the last English king to die in battle and traced his DNA to 17th generation nephew Michael Ibsen.

But all that pales in the avalanche of social media that expressed shock and dismay that he attended the reinterment in what appeared to be either a well-tailored tan or light grey suit rather than clothes of a “somber hue.”  Oh, the cries of outrage that ensued!  It was if he had shown up at the event dressed in a Zoot Suit or the ghost of Nancy Mitford had arrived with her list of Non-U items of dishabille.  Of course, it took traditional Ricardians to dig out the notes of reinterment provided by the Cathedral in which it is clearly stated that “although entirely optional, we would encourage hats for ladies and gentlemen…This is a service of reinterment.  It is not a funeral.  So whilst we would not wish to advise the congregation to wear black, you may wish to observe a dress code that reflects a reserved colour palette.”  No mention of “somber hues.”

Even today, as late as April 12th, denialists are still carrying on about his facial expressions caught on camera during the ceremony.  One would think the act of rolling one’s eyes was akin to real estate mogul Robert Durst’s embarrassing gaffe of admitting mass murder on the final episode of “The Jinx.”  In fact, we really don’t know the reason for his expression although it may have been due to mistakes made in the program.

All this is pretty funny but the outrage does get a little darker when Dr. Ashdown-Hill’s private life becomes a source of merriment – as if any of us know him personally and have any right to comment about such a subject.  The internet is a haven for the Mrs. Grundys of the world and is often in an argy-bargy over everything from the color of gold/black dresses to whether a cat is walking upstairs or downstairs but this does seem to be a bridge too far…