The first Ricardian song for Christmas ….? 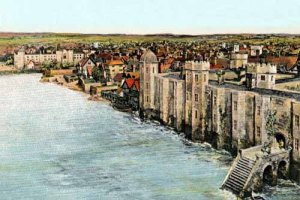 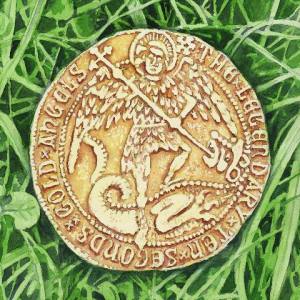 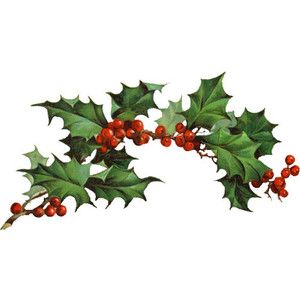 The setting of the song: It was the year 1477, at the season of Christmas, that Richard, most royal of princes, bent his knee unto King Edward’s unworthy Woodville queen at Westminster. Such festive celebrations were all around as Richard of Gloucester made obeisance to a woman he would one day learn was not the queen at all. The queen feared he would discover that Edward, the brother he served so constantly, had committed bigamy. But that unveiling of the truth was in the future, and Richard knelt.

The lord of misrule was dancing,
The Duke he did conceal
In his pockets he had gold angels,
For gifts he would later reveal.

It was Christmas day in London town,
Snow covered the filth in the street.
There was ice on the banks of the River Thames
The Duke his barge he did seek.

“Here’s a gold angel for Christmas Day.”
Richard handed his bargeman the gift.
“Now steer me to Westminster. Thank you, sir,
For your service. Now let’s be swift.”

The Duke’s barge on the River Thames
Steered to the royal court,
Departing from Baynard Castle,
Richard Gloucester deep in thought.

The lord of misrule was dancing,
The Duke of Gloucester he did kneel
To the Queen Elizabeth Woodville
True feelings they were concealed.

And the lord of misrule kept dancing.
The Duke he did conceal
In his pockets he had gold angels,
For gifts he would later reveal.

THIS SONG IS BY THE LEGENDARY TEN SECONDS, WHOSE MUSIC IS ALL ABOUT KING RICHARD III. CONGRATULATIONS TO THEM FOR THIS WONDERFUL SEASONAL PIECE. Hear and buy it at Amazon and cdbaby.

Posted by viscountessw in Music Reviews and tagged music, The Legendary Ten Seconds