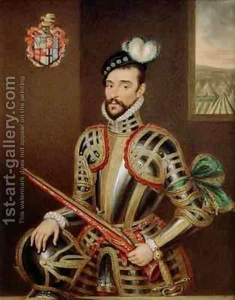 I have been delving into the world of mediaeval and Tudor portraits, this time in search of Sir William Stanley, the louse who turned traitor on Richard III at Bosworth and cost him his throne, his realm and his life. Sir William’s eventual reward was to be beheaded by the very man he helped so signally to put on Richard’s throne, Henry VII. There’s gratitude for you.

So, Sir William was not Henry’s favourite person, nor is he mine. He is also something of a mystery, even though so very well-known and documented. Most people who are interested in this period of history are acquainted with portraits of Sir William’s older brother, Thomas Stanley, Earl of Derby. He of the awful beard. Well, I think it’s awful, but I know many will disagree, and I mean no offence to those with such hirsute chins.

The thing is, I could not find Sir William’s likeness anywhere, only Thomas. Then I happened upon the following reference: “Sir William Stanley, English soldier. Lord Chamberlain of the household to Henry VII. Engraved by H Robinson, from the picture at Wentworth House, Yorkshire. Published by Fisher, Son & Co, London, 1836.” It referred to the final and largest portrait above, of the gentleman in lavishly decorated armour above. Well, it’s far too late to be from life, Sir William’s head having been neatly separated from his body on 10th February, 1495. This portrait might even have been of good Sir Walter Raleigh, or Drake, or someone of that later period. But there he is, positively identified as ‘our’ Sir William Stanley, not a later one. Whatever else, he is a Stanley.

Yet when I look at portraits of his brother, Thomas Stanley, 1st Earl of Derby (third from left above), and then at Thomas’ son, another Thomas, the 2nd Earl of Derby (second left above), I think how alike they all are. Good-looking men, I have to say. Grudgingly. My initial thought about the portrait of Sir William was that the artist had simply taken a chance and decided Willy really was like Tommy I, because Tommy II looked like Tommy I. Then I looked at the 3rd Earl of Derby, Edward Stanley (far left above), and yes, there is that same face again! And again with Ferdinando, the 5th Earl (far right above). I have no idea about the 4th Earl, but as he came from the same stock, I imagine the same mould was used as well. So did all the Stanley men look alike? Seems a good chance to me. Although it might have gone awry with the 6th earl, another William Stanley, who is similar, but not as good looking. Well, not in his portrait anyway. I haven’t included him. 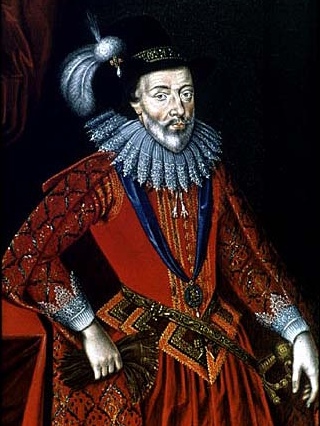 Oh, I do love these old portraits, because they raise as many questions as they answer. By the way, I hope I have correctly identified the above gentlemen, and believe I have, but they are all Stanleys, and it’s the likeness between them all that fascinates me.